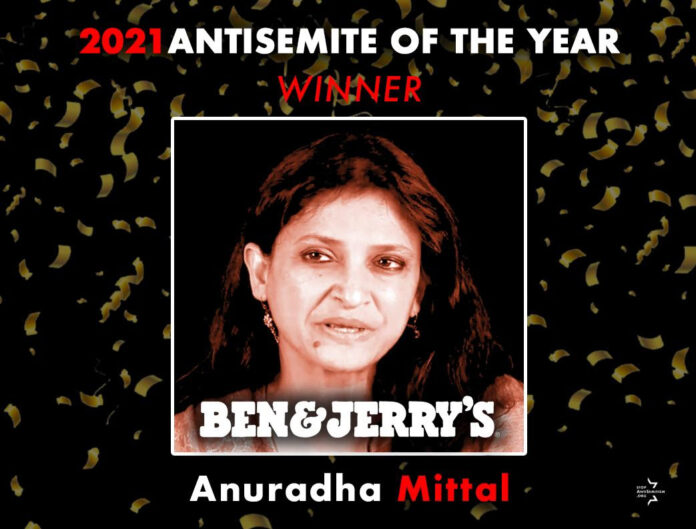 Anuradha Mittal, the head of Ben & Jerry’s Board of Directors and Vice President of Ben & Jerry’s Foundation Inc. has been crowned the 2021 Antisemite of the Year for 2021 by StopAntisemitism.org after several weeks of spirited voting for the ignominious award.

Earlier this year, Mittal spearheaded the effort by Ben & Jerry’s to stop the sale of its ice cream to 800,000 Jews living throughout various parts of Israel. This decision was clearly not made for the sake of the Palestinian people who are now also unable to purchase a pint from the Vermont ice cream maker.
In response, multiple U.S. states have announced that, according to their anti-BDS laws, they are divesting their pension and public funds holdings from parent company Unilever, with several more expected to follow. Unilever’s stock price has dropped significantly as well, dealing a harsh blow to its capital and further proving that Anuradha Mittal and Ben & Jerry’s board’s antisemitism has far reaching consequences beyond those that spout it.
Mittal’s history with antisemitism is long and upsetting. Under Mittal’s leadership in 2018, Ben & Jerry’s made the controversial decision to partner with notorious anitsemite Linda Sarsour, an American-Palestinian activist who was booted from the Women’s March for promoting hatred towards the Jewish people and nation. 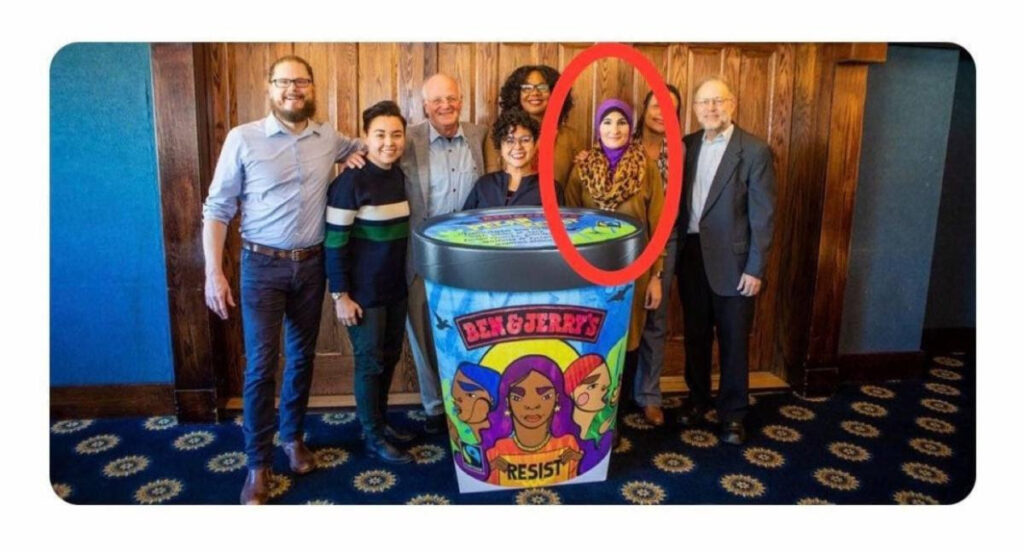 Mittal is also the Founder and Executive Director of the anti-Israel Oakland Institute, a “policy think tank” where she helped write a series of reports called “Palestine for Land and Life,” which falsely accused Israel of apartheid, colonialism and more. In addition, she has leveraged her status at Ben & Jerry’s to fund antisemitic projects through the Oakland Institute, including Badil, a Palestinian group with ties to terror organizations and a history of vile Jew hatred that includes publishing Nazi era cartoons. 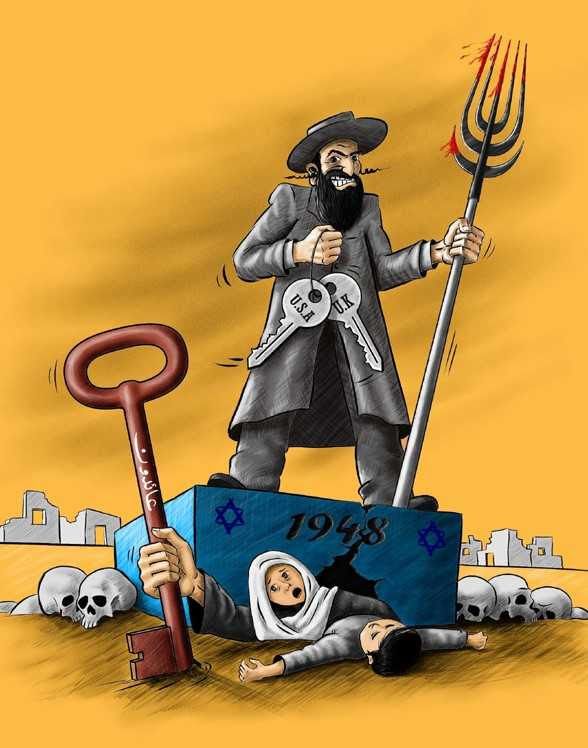 “For us and for the voters, Mittal was clearly the 2021 Antisemite of the Year,” said StopAntisemitism Founder and Executive Director Liora Rez. “The Ben & Jerry’s boycott is shamelessly biased and Mittal’s commitment to promoting her antisemitic and anti-Israel agenda is deplorable. The way she has leveraged her namesake and power in the corporate world to promote antisemitic initiatives is horrendous.”
(YWN World Headquarters – NYC)