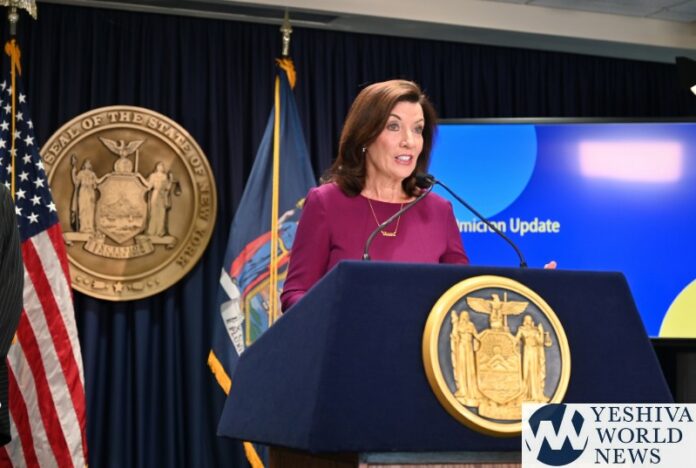 New York Governor Kathy Hochul’s lead in the Democratic primary for governor is now more than 30 points over her closest challenger, according to a Siena College survey released Tuesday.

The poll found that Hochul has the support of 46% of Democratic voters for the June primary – 34 points ahead of her nearest challenger, Bill de Blasio, who announced today that he won’t even seek the governorship.

22% of the survey respondents said they either didn’t know or had no opinion over whom to support.

Hochul’s lead over her challengers has grown significantly since last month, when she received 36% support from Democratic voters. But once AG Letitia James dropped out of the race, it left Hochul with a wide avenue with which to increase her support.

The governor’s favorability among all voters stands at 45%, and at 60% with registered Democrats.