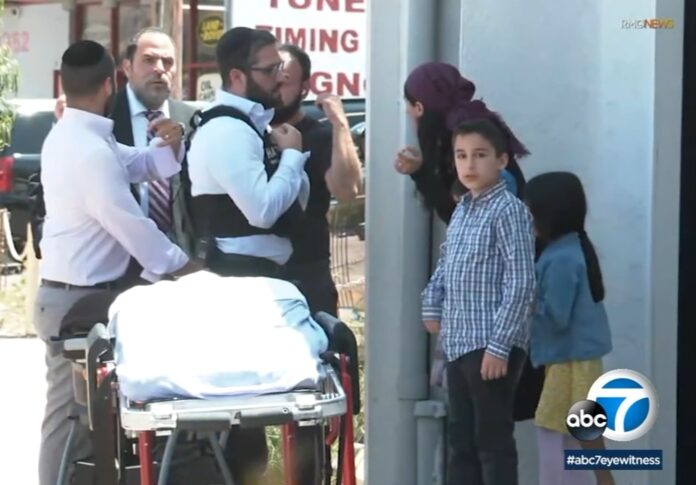 Volunteer EMTs from Hatzolah of Los Angeles came under fire on Shabbos as they were treating a patient near a shul on Ventura Boulevard in Tarzana, California.

Hatzolah was called for a patient suffering a medical episode at the shul when an unrelated fatal shooting at a marijuana dispensary located near the shul occurred.

The shooting suspects, panicking at the sight of emergency vehicles rushing to the area, began firing at Hatzolah members on the scene.

Thankfully, none of the Hatzolah members were hit, and the suspects fled the scene.

A 30-year-old was subsequently found by LAPD officers shot to death at the dispensary. Police are now searching for 6 suspects and are requesting assistance from the public.

“All of a sudden we hear like five gunshots, bam! bam! bam! bam! And we all just started running,” Yehuda Cohentov, who was in the shul at the time, told ABC7 Los Angeeles.

“We just start running out, see what happened, and we just saw a bunch of cop cars pull up. We ask them what happened, and apparently, right over here at the dispensary, the guy was trying to get something, I don’t know, and he didn’t like it, whatever, and he started shooting.” 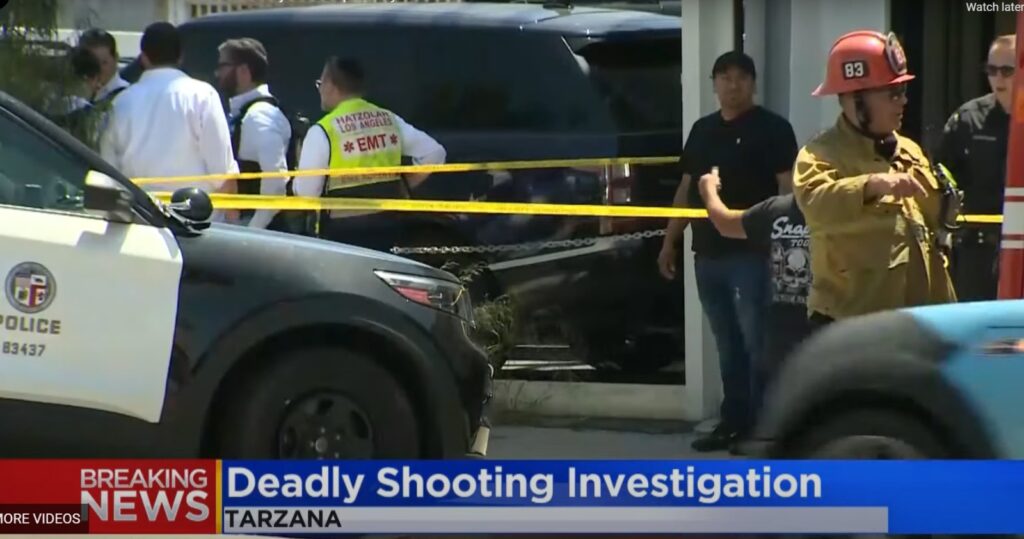 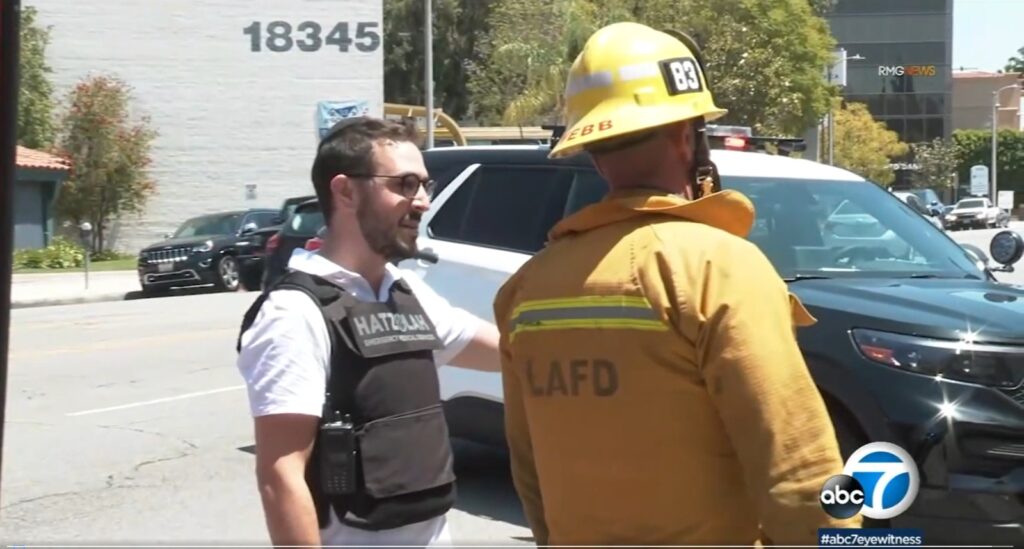