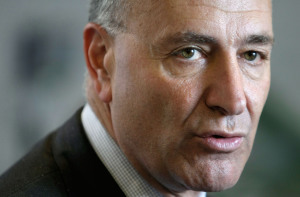 The voice is automated and the pitch is simple: Your car warranty is about to expire and you need to sign up for a new service plan.

But as CBS 2 HD has a word of warning for you. Hang up on this calling scheme before it costs you big bucks.

The message on the call goes something like this: “I was calling about the extended coverage on the BMW …”

They call … they write … they’ve even been captured on YouTube.

“Every day at the same time is flat out harassment,” Eileen Driscoll said on the popular Web site.

Even Sen. Charles Schumer got the call while debating a bill.

“Since I didn’t fall for these creeps, it was simply annoying,” Schumer said.

Now some 300,000 complaints have been logged nationwide against these car warranty companies, which have made off with unknown amounts of cash from unsuspecting customers.

Driscoll said she was bombarded with calls.

“I knew well that I had another two or three years on my warranty,” Driscoll said.

Carlo Valente shelled out $1,000 to cover his Monte Carlo, only to have an electrical claim denied. So he fought back.

“Nobody was returning my calls so I was like a pit bull. I called the Better Business Bureau. I called the attorney general,” Valente said.

Now with Sen. Schumer involved, a federal investigation is underway.

“It may be a ring, we don’t know. They’re obviously pretty smart,” Schumer said.

And on Tuesday the Federal Trade Commission announced they’ve been investigating and are close to filing lawsuits against the companies believed to be behind this national wave of robocalls.

But they need your help by reporting the phone number that’s called you.

“Anybody who has gotten one of these calls can help make the case against,” Schumer said.

The FTC is tracking the phone numbers on their Web site. They will soon start following payments made on credit cards to bring this scam to an end.

For a link to file a complaint with the FTC, please click HERE.