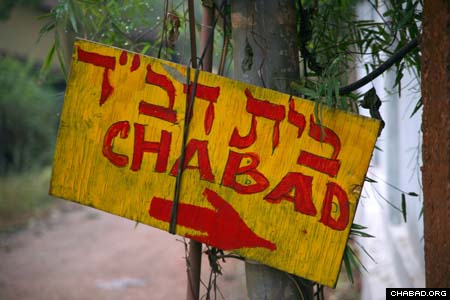 The Chabad house in Mumbai has received a threatening letter, a letter containing a photo of Adolf Hitler yemach shmo v’zichro.

It was about a year ago when terrorists targeted the Chabad house, claiming the lives of the shluchim, Rav Gavriel and Rivka Holtzberg HY”D and a number of others HY”D.

Despite the massive attack in Mumbai, the family of the victims and the Chabad shluchim have undertaken to maintain a presence in Mumbai and to continue the work that was the live of the victims.