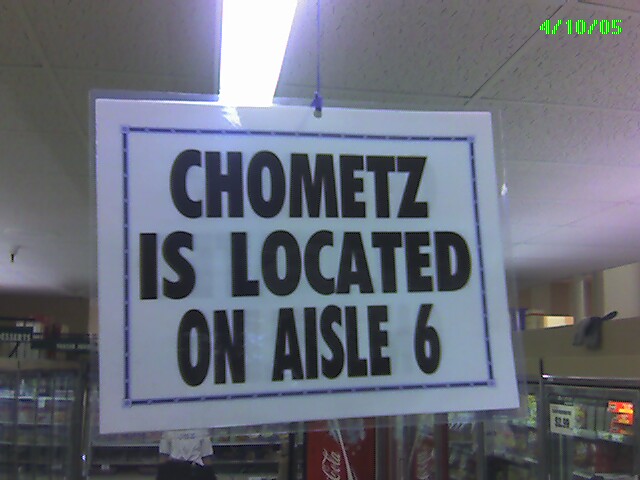 Chief Ashkenazi Rabbi Yonah Metzger Shlita explained on Wednesday that last year, realizing that unacceptable realities exist regarding the sale of chametz on Pesach, compelling him to act, and do so immediately following Pesach last year.

The Rav explained that in many cases, stores segregate chametz items in a corner, behind a curtain or sheets, and too often, shoppers will reach into that area during yomtov and take something out, which is brought to the cashier and purchased, many times without anyone noticing.

The Rav during the year met with senior officials of the nation’s major supermarket chains, and together, they worked towards a solution, resulting in using computer software in conjunction with the cooperation of the supermarkets.

The operators of the supermarkets agree that the barcodes of chametz items will be entered into the new Pesach software, which will block the checkout of any of those items during Pesach. As such, if one sticks one’s hand behind a curtain and takes out a chametz item, the checkout will not be able to process it since the barcode will be rendered non-operational.

The Rav is pleased with the new system since he felt until now, the stores selling chametz, albeit unknowingly in most cases, were actually stealing the items owned by goyim or at best, showing total disregard for the legitimacy of the sale of the chametz items.

Baruch Hashem the new system will be in place for this coming Pesach in major supermarkets around the country.