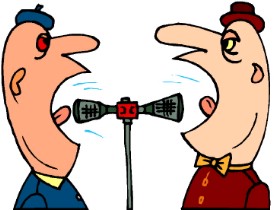 [VIDEO & PHOTO LINKS BELOW] We at YWN have obtained exclusive videos where you can see the two front-runners for city council:  education advocate David Greenfield and retired civil servant Joe Lazar and debating each other on key issues of importance to the community. Out of respect for your time, we are focusing on the two front runners in the race and not the minor long-shot candidates.

Instead of watching a two hour debate, you get the six best parts in short 3 – 4 minute clips courtesy of YWN.

How to vote on Moral Issues: http://www.theyeshivaworld.com/video_viewer.php?clip=astBfguMCQ4&player=y

The Job of a Councilman: http://www.theyeshivaworld.com/video_viewer.php?clip=upqqBPwoYnY&player=y

Should we help Private Schools: http://www.theyeshivaworld.com/video_viewer.php?clip=cfzIpqWW4gc&player=y