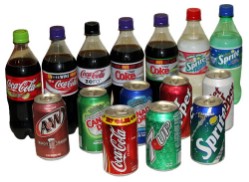 According to a report by the AP, the proposed “soda tax” does not look like it has enough fizz to pass the NYS Senate.

Mayor Bloomberg, Governor Paterson and the health commissioner had campaigned heavily to have the bill passed, for two reasons: the first as a way to combat obesity, and secondly, to raise much needed funds for the state.

The report says that a number of Democratic senators are opposed to the bill, as well as the entire Republican conference. “With a 31-30 Democrat-Republican split in the chamber, the measure isn’t expected to draw the minimum 32 votes needed for passage.”

If the bill were to become law, it would add a penny for each ounce of soda (and other sugary drinks) that contain less than 70 percent fruit juice.

Last week, Bloomberg spoke on 1010WINS Radio and  noted that “Albany has been in the news a lot in recent days – for distressing reasons. In the process, key issues have fallen off State government’s radar screen” Bloomberg called on the legislature to get back to work – immediately. The mayor said that includes closing a looming, $1.9 billion gap in funding for healthcare for the poor, and a $1.4 billion gap in state education aid that threatens big setbacks for our children’s schools and said that a fast and easy way to do so would be to enact a one cent per ounce tax on beverages with high sugar content, which he says would not only help to bridge a huge budget gap, but also help to fight obesity.

I’m urging Albany to take one simple step to avert this crisis: Setting a penny-per-ounce tax on heavily sweetened sodas and beverages, and dedicating the revenue to education and Medicaid,” said Bloomberg. “An extra 12 cents on a can of soda would raise nearly $1 billion, allowing us to keep community health services open and teachers in the classroom. And, at the same time, it would help us fight a major problem plaguing our children: obesity.

The bill is expected to generate $1 billion annually, and reduce consumption of the drinks by 15 percent.