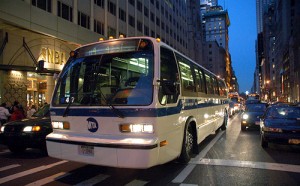 As the Metropolitan Transportation Authority prepares to eliminate dozens of bus routes, the agency is also reportedly getting rid of hundreds of bus stops on the lines that remain.

According to the New York Post, final figures for the MTA’s upcoming service cuts show riders face the loss of some 611 bus stops. There will be 25 bus stops added to accommodate changes to bus routes.

All the changes mean the MTA will have to replace 8,600 route maps found near bus stops.

Changes to subway service will force the agency to remake more than 2,700 signs throughout the subway system.