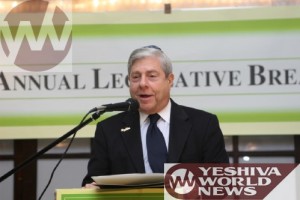 Brooklyn Borough President, Marty Markowitz asked the city’s Charter Review Commission yesterday to consider giving control back to him and the other four Beeps over their budgets, a move that would restore much of the powers they lost 21 years ago.

Testifying at a hearing at St. Francis College in Brooklyn Heights yesterday, Markowitz urged the 15-member commission to consider giving borough presidents an independent budget rather than the current process in which they have to beg the City Council for dollars.

He also wants Beeps to have a stronger voice in land-use issues and in mayoral appointments of borough departmental commissioners.

Under the existing system, Beeps can only make recommendations on land-use projects. But Markowitz wants a system in which borough presidents can be overridden only by a “super majority” vote of the City Planning Commission and City Council.

Critics say the borough-president posts, which pay $160,000 a year, have been little more than ceremonial since they lost their most significant powers in 1989.