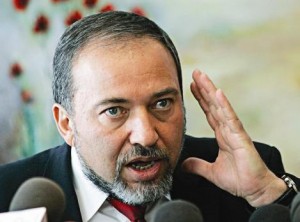 While Foreign Minister Avigdor Lieberman was present during the briefing to cabinet ministers from senior security and defense officials, including IDF Chief of Staff Lt.-Gen. Benny Gantz and Shin Bet Director Yoram Cohen, he did leave hours before the ministers voted on the Shalit prisoner release deal. According to a Haaretz report, he left a note indicating his vote, opposing the deal. The report adds the senior minister was silent throughout most of the meeting.

Former IDF Chief of Staff Minister Moshe Ya’alon however did not remain silent. The Vice Premier warned that just as the terrorists from the Jibril prisoner deal returned to their profession, so will these terrorists. He warned of the consequences of supporting such a deal, a warning that was unheeded. He made reference to the Jibril prisoner deal, stating that many of those terrorists have returned to their profession and we have paid a heavy price.

The Jibril Agreement was a prisoner exchange deal which took place on May 21 1985 between Israel, headed by Shimon Peres, and the PFLP (Popular Front for the Liberation of Palestine). As part of the agreement, Israel released 1,150 terrorists in exchange for three Israeli prisoners (Yosef Grof, Nissim Salem, Chezi Shai) captured during the First Lebanon War.

This was one of several prisoner exchange agreements carried out between Israel and groups it classified as terrorist organizations around that time. Among the prisoners released by Israel were Kozo Okamoto – one of the perpetrators of the Lod Airport Massacre who had been sentenced to life imprisonment, and Ahmed Yassin – a Gazan Muslim Brotherhood leader (and later spiritual leader of Hamas) – who was sentenced to 13 years imprisonment in 1983.

The government faced harsh public criticism for agreeing to release 1,150 terrorists, among them those sentenced to life imprisonment and responsible for the killing of many Israeli citizens, particularly since the exchange did not include Israelis who were captured in the Battle of Sultan Yakoub. One of the Israeli negotiators resigned in protest against the agreement. All of the government ministers, with the exception of Yitzhak Navon, supported the agreement.

A large number of the terrorists released in this agreement later went on to form the backbone of the leadership of the First Intifada, which broke out less than three years after the agreement.

Even prior to Shalit’s return home, the announced deal and the release of the names of the terrorists has sparked much disapproval, and it just may be the impetus towards an increased effort pushing for capital punishment for terrorists, such as those who murdered the Fogel family, to avoid such releases in the future.