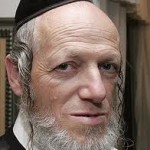 Yehuda Meshi-Zahav wishes to understand just what the difference is if the stone-thrower is an Arab or a Jew, and why the sikrikim are regarded as a fringe faction of the chareidi community when they act like terrorists.

Palestinians threw rocks at a bus traveling through Meah Shearim, smashing windows and injuring four passengers. The assailants were dressed in chareidi garb. Surveillance cameras in the area were not working and therefore, police do not have photos to assist in apprehending the attackers. Residents were outraged, accusing police of abandoning them, explaining if the same incident occurred in Rechavia, police would be doing their utmost to track down those responsible.

Meshi-Zahav explains he is tired of the media reports involving attacks by sikrikim, and asks “What’s the difference between them and the terrorists?”

The rock-throwing scenario reported above is not real, but he explains that if one simply replaces the Arab attackers with sikrikim one realizes that they act the same way and pose the same threat, and therefore, they must be treated the same.

Here are some of the real headlines reporting rock-throwing attacks. He questions if there is any difference between them? Food for thought…

2. Palestinians threw rocks at a bus near Yitzhar (Jan.1,12)

Meshi-Zahav adds that it has been a number of months during which time “chareidi hooligans” targeted public transportation in Geula and Meah Shearim with rocks, smashing windows and injuring innocent people, people whose only crime was they happened to be on a bus targeted by these hooligans.

He stresses that the motivating factor is not relevant, and in one case it is because a fanatic was arrested in Beit Shemesh and another time due to opposition to mixed-seating buses traveling through Meah Shearim. Such actions, impacting the innocent tzibur are simply unacceptable, no matter what the cause. There is no alternative to the current bus system and no one asked commuters what they think before they decided to launch attacks which halted bus service.

After the act comes the pashkavilim that cry “Chilul Hashem” against the entire world, the Zionists, Agudists, Mizrachim, and the Shasnikim, but the greatest chilul Hashem they cause themselves by their despicable actions.

He concludes that in their eyes, their actions are a “Kiddush Hashem”, cynically concluding “praised by you Yankele for injuring and elderly couple with your rocks for you sanctified G-d’s name in public. You definitely earned your place in the World to Come”.