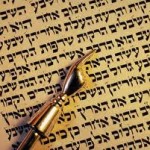 If one reads the secular press and listens to the radio in Israel, one might believe that most Israelis wish to shed their Jewish roots and customs entirely. According to a poll conducted by the Israel Democracy Institute this simply is not so.

The poll shows there is an increase in the observance of mitzvos and 84% of the Jewish public believes in G-d. 76% of the Jewish population observes kashrus, and 61% feel the state should be run according to Jewish tradition while only 44% prefer democratic principles over Halacha.