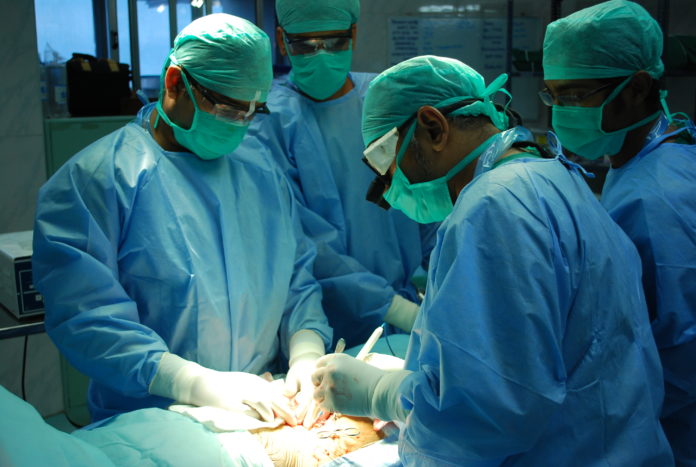 At any given time in the United States alone there are more than 100,000 people awaiting a kidney transplant. There are also a number of available kidneys which for legal reasons may not be used. Why may they not be used? Because they are infected with Hepatitis C.

But two separate trials run by the University of Pennsylvania and by Johns Hopkins University could change all that. They now have a cure regimen for this Hep C which they can give patients after the transplant surgery. It may be risky, but it could offer hope to hundreds of thousands of patients awaiting transplants across the world.

Initially, Rav Eliezer Yehudah Waldenberg zt”l, author of the Tzitz Eliezer (Vol. VIII #15) and Dayan Yitzchok Weiss zt”l (Minchas Yitzchok Vol. VI #103) both forbade kidney transplant on account of the perception of danger to both the donor and the recipient. So did, Rav Ovadiah Yoseph zt”l originally, although he later changed (Dinei Yisroel p.25).

The problem, of course, was with the recipient’s immune system. It would immediately and or chronically reject the transplanted kidney. Although medications could suppress the immune system, there was great risk of both infection and cancers such as skin cancer and lymphoma.

Eventually, however, as the safety of the procedure developed and became clear, the overwhelming number of Poskim permitted kidney transplants. The consensus of opinion until recently was that, while it is certainly meritorious to donate – there is no full-fledged obligation to do so.

Aside from the development of curing Hep C, two other changes in kidney transplants have developed. The first was a protocol developed by Cedar’s Sinai in Los Angeles that reduced the need for blood type compatibility and tissue compatibility. It was approved by the FDA in 2004.

The second development can be called “transplant chains” where one person in Oregon can donate a kidney to another person in Oklahoma, which triggers a third person to donate to the first person’s spouse back in Oregon. This new system was made possible through the confluence of kidney matching computer algorithms, cooperation between transplant centers, and advances in kidney shipping techniques. Understandably, these two new developments will cause live kidney donations to skyrocket.

All this brings us back to the general obligation of rescue. The Pasuk in Vayikra (19:16) states, “lo saamod al dam rayacha – do not stand idly by your brother’s blood.” Rav Yoseph Karo, in his Bais Yoseph commentary (CM 426) on the Tur quotes the Talmud Yerushalmi (Trumos 8:4) that requires us to endanger our lives to save others. Shockingly, as the SMA points out, Rav Karo does not cite this view in his actual Shulchan Aruch. The SMA explains that Rav Karo changed his mind and did not cite the Yerushalmi because the three major Rishonic codifiers (Rif, Rambam, and Rosh) do not cite the Yerushalmi.

Rav Eliezer Yehudah Waldenburg (Tzitz Eliezer Vol. IX #45) explains that the Bavli seems to have rejected the Yerushalmi (See also Pischei Teshuvah 426:2). Many Achronim (see for example Maharam Shick YD #155) seem to learn that the Gemorah in Bava Metziah (62a) regarding the debate between Ben Petura and Rabbi Akiva about two people in the desert where one has enough water only for one of the them to survive shows that the Bavli argues with the Yerushalmi. Rabbi Akiva states that v’chai bahem teaches us that one’s own life has precedence over the others. The Maharam Shick explains that Ben Petura’s opinion is that of the rejected Yerushalmi. The Mishnah Brurah (329:19), the font of normative halachic practice, rules that, although meritorious, one is not required to risk one’s own life to save that of another.

The idea is generally predicated upon the responsa of the Radbaz (# 627) regarding a tragic case. A finance minister in a foreign country fled to Egypt because he was falsely accused of financial impropriety by others. The king was about to close in on him, when he fled. The king issued a proclamation that he will only cut off the finance minister’s hand if he turns himself in, but he will kill the minister’s brother if he does not show up. The Radbaz ruled that, although meritorious, the minister was not obligated to return.
Most Achronim and Poskim of the past generation accepted the ruling of the Radbaz (See Shach YD 157:3; Pischei Teshuvah 157:3, Igros Moshe YD Vol. II 174; Tzitz Eliezer Vol. IX #45).

Of late, however, a few Poskim have issued rulings that it is, in fact, an obligation to donate a kidney. It is not that they disagree with the Radbaz, but it is that they believe that the situation is no longer congruous to that of the Radbaz.

These Poskim raise a number of questions concerning the contemporary kidney transplant.

1] In light of the advances in Living Donor Kidney Transplantation (LDKT) is a person obligated to enter into a possible danger in order to save the life of a friend? Is a kidney donation considered dangerous at all?

2] Is one obligated to endure pain and suffering in order to save another?

3] Is there an obligation to speed up the kidney donation process?

4] What if it is unclear whether the operation will succeed?

5] Upon whom is it the greatest Mitzvah to donate?

6] Is there an obligation to donate when the organ is available from another or if there will be a possibility of an organ available at additional expense?

7] Can one harvest a kidney from a child who is unable to consent to the procedure?

Rav Chaim Yoseph Dovid Weiss, the Satmar Dayan in Antwerp and author of the Responsa series Vayaan Dovid writes (Vol. IV p. 196) that there is no danger involved in the operation and that it is a full-fledged halachic obligation. The same ruling was issued in a British based Torah journal entitled Kol HaTorah (#59 p. 175) in an article by Rabbi Eliezer Sternbuch of New York. As far as the issue of whether there is an obligation to perform it as soon as possible, Rabbi Weiss cites the Shulchan Aruch (YD 252:3) that when time is of the essence there is certainly such an obligation.

When it is possible to receive the kidney in another manner albeit through expenses and the sick person has the resources to do so, Rav Weiss writes that there is no obligation incumbent upon the family member. It is crucial to note that this author had once researched the availability of kidneys and came upon a remarkable discovery. It seems that there are different ratings of kidneys- an A level kidney could last twenty years or more, while a B level kidney, generally from an older person or from someone who had compromised health can last five or ten years. In the state of Nevada there are B level kidneys readily available for transplant and there is generally very little waiting involved. The cost of transplantation there is often initially refused by insurance companies.

THE ORIGINAL POSKIM ARE STILL CORRECT

This author would like to respectfully suggest that, at the current state of affairs in medicine, the position of the Poskim who rule that it is meritorious but not obligatory is still the correct halachic conclusion.
There are two issues when discussing the concept of danger or non-danger to the kidney donor. There is the issue of the danger or non-danger involved in the operation itself and that of the repercussions or non-repercussions to the donor afterward.

Let’s discuss the first issue. There are certainly many medical centers in the United States that certainly have 100.00 percent success rates, where there are zero deaths associated donating a kidney. However, although the fatality rate has been decreased to almost zero in other hospitals – is it so clear that this is considered “no danger?” The British based organization Giveakidney.org reports that in England the fatality rate is 1 in 3000. In the United States it has been estimated to be 1 in 5000 (Matas AJ, Bartlett ST, Leichtman AB, et al. Morbidity and mortality after living donor kidney donation, 1999–2001: a survey of the United States transplant centres. Am J Transplant 2003;3:830–834).

What percentage of risk is considered negligible in halacha? The term “Karov l’vadai – close to certain” is one that is employed by the author of the Sdei Chemed. The Sdei Chemed (Samech Klal 11 “v’Sham” and Klal 92 letter 6) seems to indicate that the criterion for Karov l’vadai is 1 in 10,000. here the danger is 1 in 5000, and according to another study 1 in 3300.

As far as the second issue is concerned, in an article entitled “Is Living Kidney Donation Really Safe” printed in the May 2007 edition of “Transplant Proceedings” (39(4):822-3), authors Azar SA, Nakhjavani MR, Tarzamni MK, Faragi A, Bahloli A, Badroghli N, reported that serious complications occurred 5.8% of the time. In 6.9% of the cases they studied, the patients serum creatinine was >or=1.4 mg/dL. Microalbuminuria was found in 10.4%; hematuria in 13.9%; pyuria in 8.1%; and renal stone in 6.9%. Varicocele was found in 24.1% of male patients (23.3% of patients who had left nephrectomised). Persistent pain was reported by 44.1%. Antidepressants were prescribed to 9.3% of donors because of severe depression. Other studies, however, showed less problems (Lam N, Huang A, Feldman LS, et al. Acute dialysis risk in living kidney donors. Nephrol Dial Transplant 2012;27:3291–3295.).

Another aspect of the second issue is the shockingly high rate of obesity and diabetes in this country. Some thirty to 40 percent of diabetics develop kidney problems. Indeed, even if a diabetic has low blood pressure many doctors recommend that he or she should still take high blood pressure meds to protect future kidney function.

Although these issues are certainly minimal, it would seem to this author that if these numbers are accurate, they would change the status of this type of obligation from obligatory to voluntary – at least according to one
reading of the Sdei Chemed.

It is theoretically possible that LDKT will have advanced so far that this halacha may change, but at this point these complications still exist.

There are also a few parenthetic issues as well. One of the Ten Commandments is “Lo sachmod” – not to Covet. This is defined as being desirous of a friend’s item and repeatedly requesting of him to sell it to you. The first time one asks – there is no prohibition. As an example, one may ask a neighbor one time to sell you his ’67 Mustang. Asking a second time is a violation of this prohibition.

Is there a prohibition of Lo Sachmod in asking someone else who has a second, extra kidney two times to donate? Generally speaking there is a Torah requirement to spend all of one’s money in order to avoid violating a negative commandment in the Torah. Does this idea mean that the prohibition of Lo Sachmod still exists regarding a kidney? Dayan Yaakov Yisroel Fisher zt”l in his Even Yisroel (Vol. VIII #105) rules that since the issue of Pikuach Nefesh applies here, the prohibition may be violated. The person may be more successful, however, in seeking other options, such as the Nevada one mentioned earlier.

AT this past Yarchei Kallah, Rav Yitzchok Zilberstein gave a shiur on the Choshen Mishpat aspects of kidney donations. After the shiur he announced that in the room was a father of woman who had donated a kidney, and he stated that there is an obligation to stand up for such a person. May the Holy One grant the sick a refuah shleimah and continue blessing the work of those who both donate kidneys and save life in the field of medicine. May the donors be granted continued health, long life and nachas from all they do.