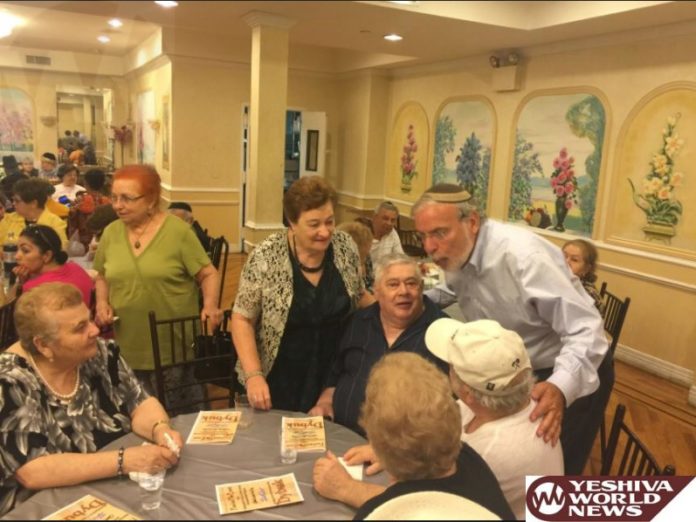 100 Holocaust survivors have turned to New York State Governor Andrew Cuomo with a desperate appeal to intercede before a New York State funded school can honor terrorism advocate Linda Sarsour. Despite a public outcry, CUNY has remained defiant following its invitation to Sarsour, a radical Sharia Law proponent who glorifies terrorists, to deliver a commencement speech at its Graduate School of Public Health and Health Policy, which is scheduled for June 1.

“What Linda Sarsour advocates for—boycotts against Jewish businesses in Israel and random acts of violence against the innocent—are no different than the things that we personally experienced,” the survivors wrote to the Governor. “This is a frightening reality that we hoped we would never see again. But what makes matters worse is to again see good people and respected institutions responding with indifference… Nothing good can come of Ms. Sarsour telling young people, with CUNY’s imprimatur, that violence against the innocent for any reason at all is acceptable or courageous.”

“It’s a sad day for New York,” said Assemblyman Dov Hikind (D-Brooklyn). “Our most vulnerable citizens—elderly Holocaust survivors who understand the price of ignoring evil—have to cry out to their elected officials regarding something as obvious as not offering an official platform to a hate peddler like Linda Sarsour. This wolf in sheep’s clothing has fooled some of the people, but her Tweets and the things she’s said on stage betray her fondness for violence against Jews. This is something New York State funded schools should distance themselves from, not tacitly approve.”

Hikind has remained in the forefront of those opposing Sarsour, explaining that the objections to Sarsour’s invitation to deliver a commencement speech at CUNY is not a freedom of speech issue; that there would be no issue with her being invited by students to speak to a club. Rather, CUNY’s offering a prestigious platform to Sarsour gives credibility to her violent and racist beliefs.

“The United States and the rest of the free world are locked in conflict with terrorists that employ the cruelest tactics against innocent victims,” he said. “Sarsour openly applauds terrorists and terrorism. She has done so recently and unapologetically and with great fanfare. She is not someone CUNY should be inviting to speak to its graduates.”

The 100 individuals who signed the letter to Governor Cuomo are survivors of Auschwitz, Bergen-Belsen, Dachau, the Riga Ghetto, Theresienstadt and numerous other ghettos in Europe where Jews were confined. All had genuine experiences with violent racism, having lost parents, spouses, siblings and children to the disease of anti-Semitism.

Linda Sarsour in her own words:

April 2, 2017 – Praised convicted PFLP (Popular Front for the Liberation of Palestine) terrorist Rasmea Odeh when the two addressed a conference in Chicago on April 2, 2017. Sarsour told the audience she was “honored and privileged to be here in this space, and honored to be on this stage with Rasmea.”

March, 2017 – Told The Nation that you cannot be a Zionist and a Feminist. “Is there room for people who support the state of Israel and do not criticize it in the movement? There can’t be in feminism.”

October 2016 – Praised the Intifada, a movement that encourages random stabbings and rock throwing at Israeli civilians. She tweeted “Intifada has brought us some of the most important coverage and Palestine related news. They are invaluable on many fronts.”

October 11, 2015 – Glorified and encouraged Arab stone throwers who target Israelis by calling them “The definition of courage” and tweeting a photo of a three-year-old with rocks.

August 18, 2015 – Tweeted “Free #Muhammadallan” in support of the jailed Islamic Jihad terrorist who was involved in the recruitment of suicide bombers.

March 8, 2011 – Attacked a Somali-born activist and critic of radical Islam, writing on Twitter that Hirsi Ali deserved to be physically assaulted for her views. “Brigitte Gabriel = Ayaan Hirsi Ali. She’s asking 4 an a$$ whippin’. I wish I could take their vaginas away – they don’t deserve to be women.”