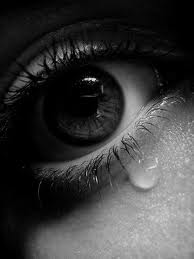 It is abundantly clear that in the case of the Ulpana neighborhood in Beit El the government is at fault, meaning the national government along with local officials. Beit El is not unique and that is why the tenacious battle is being waged, not just to save the 30 apartments, but because this will chas v’sholom occur in many other communities.

Local officials routinely play with border demarcations and land that remains vacant for years often finds its way into a project as efforts continue to redeem portions of Eretz Yisrael. To date this has created in post facto facts on the ground but today, encouraged and financed by the extreme left-wing, any Arab with a document that might be recognized as a legitimate land claim is going to step forward and follow the Ulpana example. This is why there was such an effort to overturn the High Court decision, with settlement officials aware the ramifications will be far and wide, spreading out in all communities in Yehuda and Shomron.

Projects are pushed through, permits are signs, contracts and tenders are issued, and homes are built. Government mortgages are issued and infrastructure is put into place. Now, for the first time, the system was challenged and lost, and the precedent will promise to be a costly and painful one.

In this case, the events are even more tragic as one of the families that will be expelled is a bereaved family, Didi Dickstein, whose parents were murdered by Arab terrorists.

That left Didi, who was 15 at the time, alone with his siblings, a total of 9 orphan children; confused, pained and alone.

Didi explains that from that day he began traveling with his bag, homeless, unable to settle down, until he found his way to the Ulpana neighborhood that is. It was in Beit El that he found a measure of stability and tranquility.

Then came the next blow, learning that the murderer of his parents was to be released in the Gilad Shalit prisoner release.

And now, after enduring these realities, overcoming these almost insurmountable hardships, he learns that his own government will be throwing him out of his apartment and community after the nation’s highest court ruled the homes were built illegally on privately owned Arab land.