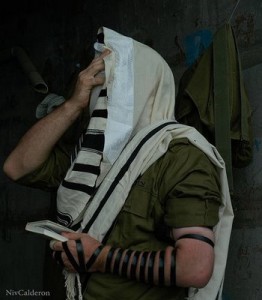 The Plesner Committee continues meeting as lawmakers are compelled to legislate a new bill that will replace the Tal Law. According to media reports, the committee will be announcing its recommendations in the coming days.

It appears the decision of the committee will include a number of leniencies for the chareidi tzibur while calling for sanctions against any avreichim who refuse to serve. These monetary sanctions may be on the avreich and/or kollel/yeshiva. Once again, these reports are based on leaks to the media, not official statements.

It appears the committee will recommend that 20% of the annual draft eligible male chareidi population will be permitted to learn. This means approximately 1,500 talmidim will receive a draft deferment annually while the remaining 80% will be compelled to serve in the IDF or a state-approved national service. There will be seven military options as two divisions are being added to the IDF to accommodate the chareidim.

The committee appears heading to permitting those who wish to push off their enlistment from age 18 to 23, but there is opposition to this since many of them will be married, possibly with children at that time, and this will increase the cost for the IDF.

With the media buzz surrounding the expected Plesner recommendations, leaders of the chareidi tzibur in Eretz Yisrael continue with their firm position, insisting there will be no compromise and avreichim will go to prison or leave the country if left with no other option.

Seeking to steer clear of a coalition crisis, Prime Minister Binyamin Netanyahu is meeting with chareidi lawmakers from Yahadut HaTorah and Shas.

Speaking to reporters during a visit to Bedouin communities in southern Israel on Wednesday, 7 Tammuz 5772, Foreign Minister Avigdor Lieberman was asked to comment on the ongoing efforts to legislate a new draft law. Lieberman stated that it is very simply. Every male that reaches the age of 18 will have to decide between military service or national service, it’s that simple.