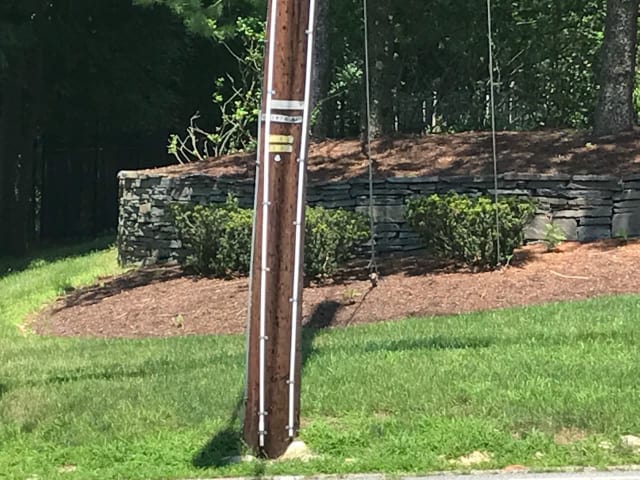 The town of Mahwah, New Jersey has ordered the removal of an Eruv, and the decision is garnering strong support from local residents.

On Friday, township officials delivered a letter ordering the removal of the Eruv – constructed to allow the town’s Jewish residents to carry items outside on Shabbos – on the basis of violating the town’s sign ordinances. The letter set August 4 as the deadline for the removal.

The Eruv was constructed by the South Monsey Eruv Fund, a group from the much larger Jewish community in nearby Monsey, New York, that has been constructing Eruvs in surrounding towns to accommodate the expanding community.

Mike Kelly, the town’s engineer, wrote the white PVC pipes used to install the Eruv on utility poles constitute a sign. Signs are prohibited on trees, rocks or utility poles in the township.

The South Monsey Eruv Fund informed the Associated Press that they had been granted permission by the utility company to hang the Eruv on it’s poles. Nonetheless, the town is using the sign ordinance as a means to force the Eruv’s removal.

“Our elected responsibilities are to serve the public and enforce the laws of the Township of Mahwah, Mayor Bill Laforet said. “This sends a very strong message to those who choose to violate our sign ordinances.”

Meanwhile, on Monday night, more than 200 town residents turned out for a meeting in support of the township’s decision.

Mahwah Strong, a Facebook group that organized the meeting, will serve as a check and balance for Mahwah to enforce its ordinances, said creator Robert Ferguson.

The group has amassed 3,000 members in just six days.

“I don’t view this as a hostile takeover of the town,” Ferguson said of the Monsey group. “All I want is for them to follow the law and stay within the bounds of the ordinances that exist.”

Additionally, more than 1,200 people have signed an online petition calling for the Eruv to be taken down. The petition, titled “Protect the Quality of our Community in Mahwah,” was shut down by it’s organizer after many hateful comments were left on the page. Several comments refer to “these people,” and express concerns about falling property values. Most of them are anonymous.

“I don’t want these rude, nasty, dirty people who think they can do what they want in our nice town,” one of the comments reads.

Another says: “I do not want the town of Mahwah to turn into an undesirable place to live. These people do not assimilate with other people outside their community. I do not want them controlling our school board and siphoning funds for their yeshivas. Also, they buy houses which they claim is for religious purposes and do not pay taxes. They should stay where they are and leave our town alone.”

Two other towns located within the eruv — Montvale and Upper Saddle River — are taking action similar to Mahwah’s.

On Monday, Montvale Mayor Mike Ghassali said he had issued a stop-order letter to the Monsey group weeks ago.

“According to our ordinance, we don’t allow signs of any kind on our poles,” said Ghassali.

So far, he said, the group has complied with the order. But if the installation of pipes continues into the borough, he said Montvale is prepared to remove them and issue a summons.

An attorney for Upper Saddle River made similar demands in a July 18 letter to Orange & Rockland Utilities, which granted the Monsey group permission to install the piping on its poles in March. The borough is insisting that the pipes be removed immediately.

🚨🚨🚨The Eruv in Mahwah has been vandalized at four places yesterday afternoon.

Photo of the Mahwah Eruv:

Editorial: Mahwah goes wrong way by ordering a Jewish community to remove markings of an eruv in their town https://t.co/5RESGc1GlA #Opinion pic.twitter.com/hQtdBFYKtz

Mahwah PD billed the Eruv Association $2,525.38 in June for providing an officer during the installations. Now town claims PVCs are illegal?

Mahwah PD billed the Vaad Haeruv $114.79 an hour X 22 hours in late June to oversee the installations yet now the township cries foul? 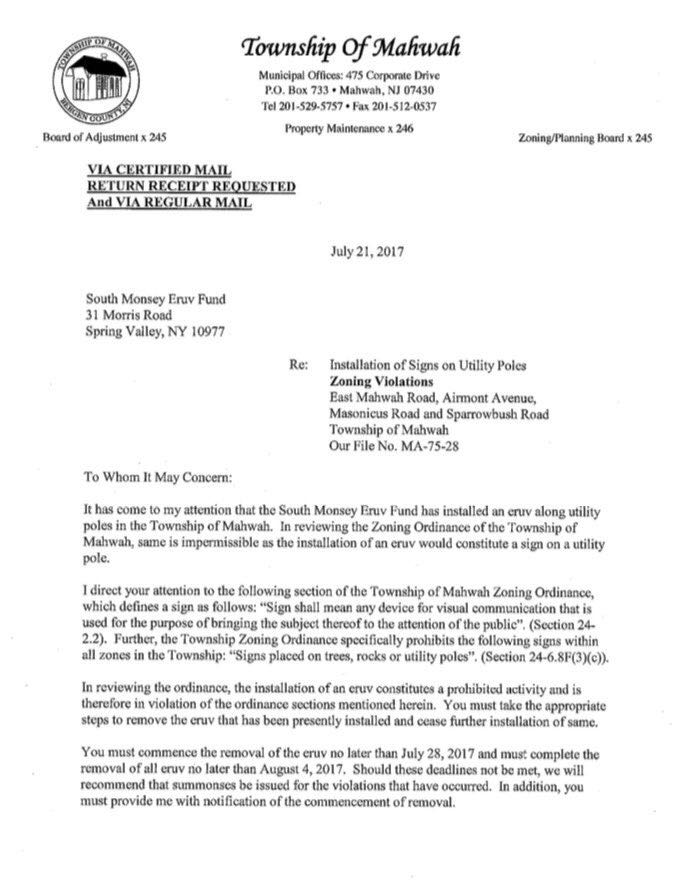 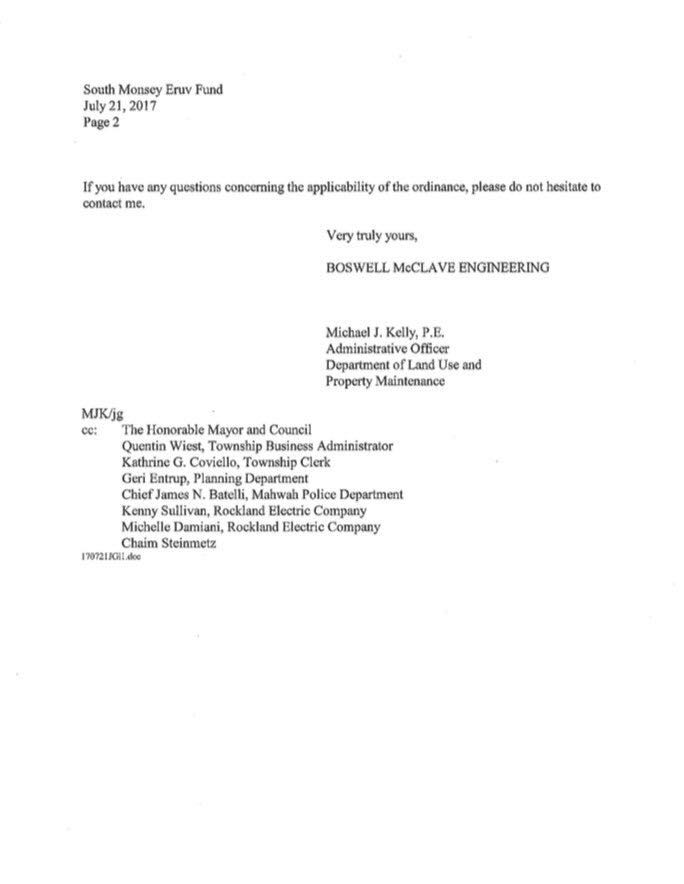