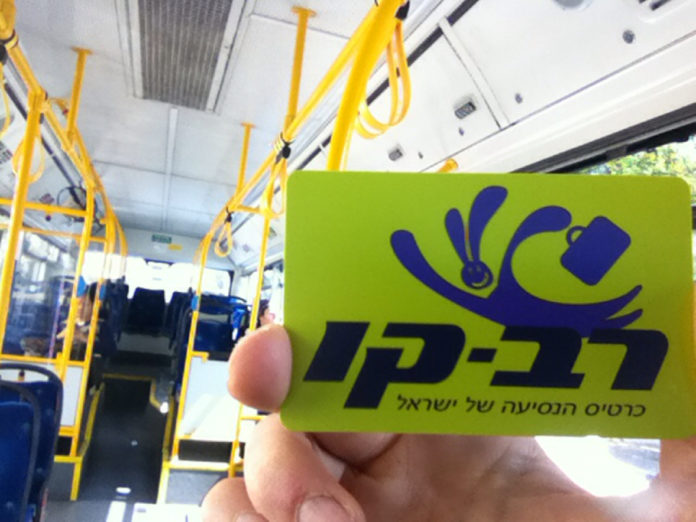 Since the implementation of the Rav Kav transportation smart card in Israel, the Knesset’s Ombudsman’s Office has received many complaints from people fined for using a Rav Kav that belonged to someone else. That is to say, they paid for their travel, but the card they punched belonged to another person.

It should be pointed out that commuters are aware that regulations prohibit using a smart card that is not one’s own.

The Knesset Ombudsman Committee discussed the matter and decided it is absurd for a commuter to receive a 180 shekel fine for using another person’s card when the fare is paid in full. Citizens who were fined and complained to the ombudsman’s office question the justification of the fine when the fare was paid – seeking to understand why it matters who owns the smart card.

In addition, families with many children often do not purchase a card for each child, or at times, and not infrequently, a child loses his/her card so a parent instructs him/her to use a spouse’s card.

Head of the committee, MK Yisrael Eichler, raised the matter in Knesset after receiving hundreds of complaints. In addition, he contacted the Transportation Ministry, seeking to eliminate fines for use of another’s Rav Kav. Eichler succeeded and inspectors are being informed that one is no longer to be fined for using a Rav Kav belonging to another person. There are exceptions, which include a Rav Kav with a monthly ridership (חדשי חופשי) on it and a Rav Kav with reduced fares for the elderly.

In the case of students; if a student uses a card belonging to another student, which is a discounted fare, inspectors have the right to use discretion regarding a fine. If a fine is given, the rider has the right to appeal to the Transportation Ministry and if s/he can prove s/he is a student, the fine will be canceled.