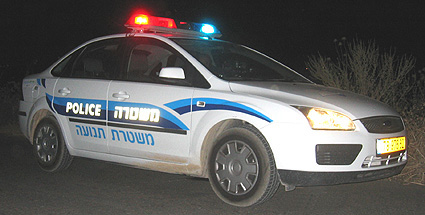 A man arrived at a Netivot Shul on Yom Kippur night following Kol Nidrei and when some mispallalim saw a handgun in his bag, which also contained tallis and tefilin, they became alarmed and panic followed.

United Hatzalah’s Moshe Cohen told Kol Berama Radio on Sunday morning that it was not as serious as it sounds, but the man, who worked at the Yeshivas HaNegev as a guard many years earlier, which to daven, nothing more. Clearly, he knew nothing about Yiddishkheit, arriving with tallis and tefilin, and the gun in his bag, which he points out was plastic, not real.

Nevertheless, as calls came in to police and EMS, a large response followed fearing an attack was taking place. It is added the person in question “is a bit off”, and this added to the confusion. There are conflicting reports alleging the man was drunk too.

Baruch Hashem, he was not a terrorist and the matter ended with police detaining the suspect and taking the plastic gun – permitting tefilos to resume. The man was released by police later in the night with some restrictions.