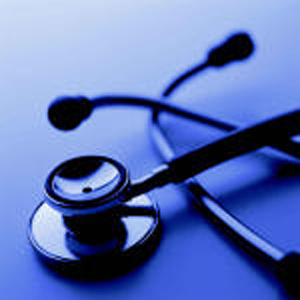 The British hospital treating a 15-year-old Pakistani girl shot in the head by the Taliban raised hopes for her recovery Friday when doctors said she was able to stand with some help and to write.

Malala Yousufzai appeared with her eyes open and alert as she lay in a hospital bed, in the first photographs released by the Queen Elizabeth Hospital in Birmingham since she arrived from Pakistan on Monday.

It was a series of positive developments since the shooting, which was a brazen bid by the Taliban to silence the girl, who has been an outspoken advocate for girls’ right to education.

“She is not out of the woods yet,” hospital medical director Dr. Dave Rosser said. “Having said that, she’s doing very well. In fact, she was standing with some help for the first time this morning when I went in to see her.”

He said Malala had agreed to the release of medical information and photos, and wants to thank people throughout the world for their interest and support in the difficult days since she was gunned down in Pakistan.

He said her bullet wound has become infected.

A large bruise beneath her left eye could be seen in the photo released Friday, showing Malala in her hospital bed with a toy bear. The upbeat report galvanized Malala’s many backers, who had feared the worst.

“Miracles of today: Malala able to stand,” she tweeted.

Brain injury experts stressed, however, that she is at the start of what will be a long process.

Dr. Jaime Levine, medical director of brain injury rehabilitation at New York University’s Rusk Rehabilitation unit in Manhattan, said Malala’s ability to stand with assistance and move her arms was a “wonderful sign,” but the doctor said it was too soon to say whether she would make a complete recovery.

“For some, recovery from a brain injury is a lifelong process,” Levine said. “Some people are left with limitations for the rest of their lives. We speak about recovery in terms of goals and function. For a 15-year-old girl attending school with the promise of her whole life in front of her, goals for her are to finish school and to have a job one day and to have a family. … But we’re not talking about those goals yet. We’re talking about short-term goals.”

Malala has come to be a symbol for a girl’s right to education.

At the age of 11, she began writing a blog under a pseudonym for the BBC about life under the Taliban in the Swat Valley. After the military ousted the militants in 2009, she began publicly speaking out about the need for girls’ education. She appeared frequently in the media and was given one of the country’s highest civilian honors for her bravery.

Malala was shot and critically wounded on Oct. 9 as she headed home from school in the northwest Swat Valley. The Taliban said they targeted Malala, a fierce advocate for girls’ education, because she promoted “Western thinking” and was critical of the militant group.

The Taliban attack was widely condemned.

U.N. Secretary-General Ban Ki-moon condemned the shooting as a “heinous and cowardly act,” and U.S. Secretary of State Hillary Rodham Clinton said the “attack reminds us of the challenges that girls face, whether it is poverty or marginalization or even violence just for speaking out for their basic rights.”

Malala was flown from Pakistan to Birmingham on Monday for advanced medical treatment and for security protection. She was in a medically induced coma when she arrived, and regained consciousness on Tuesday, the hospital said.

The medical briefing Friday offered the first real indication of her progress. Earlier briefings were quite limited out of respect for the girl’s privacy.

She is in Britain alone. Hospital officials have been in touch with her family in Pakistan.

Rosser said the girl “is communicating very freely, she is writing” but not speaking because she has a tracheotomy tube in her throat.

“We have no reason to believe that she would not be able to talk once this tube is out, which it may be in the next few days,” Rosser said.

Scans have revealed some physical damage to her brain, but “at this stage we’re not seeing any deficit in terms of function,” Rosser said.

“She seems able to understand. She’s got motor control, she’s able to write.

“Whether there’s any subtle intellectual or memory deficits down the line is too early to say,” he added.

“It is possible she will make a smooth recovery, but it is impossible to tell I’m afraid.”

Malala needs time to recover her strength before surgery to reconstruct her skull, either with her own bone or a titanium plate, the hospital said in a briefing note. That could be weeks or months in the future.

The bullet, which was removed by surgeons in Pakistan, hit Malala’s left brow. It traveled beneath the skin and into the neck, damaging soft tissue at the base of the jaw and base of the neck, the note said.

“There is every sign that she understands why she’s here,” Rosser said.

“It’s a very difficult position for her, clearly, because she has gone from being on a school bus and the next thing she will be consciously aware of is being in a strange hospital in a different country.”

Officials in the Swat Valley originally said Malala was 14 years old but officials at her school confirmed that her birthday was July 12, 1997, making her 15, as the U.S. public broadcaster NPR reported earlier.