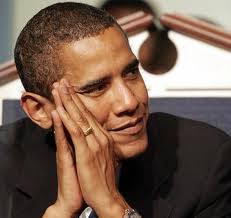 The $831,000,000,000 economic “stimulus” that President Obama spearheaded and signed into law requires his administration to release quarterly reports on its effects.  But “the most transparent administration in the history of our country” is now four reports behind schedule and has so far not released any reports whatsoever in 2012.  Its most recent quarterly report is for the quarter than ended on June 30, 2011.

One wonders how the administration would treat a private citizen who acted like such a scofflaw in response to one of Obama’s principal legislative initiatives.  It certainly appears that this administration, which is so very fond of regulating Americans’ lives — witness the 13,000 pages of Obamacare regulations it has already penned — doesn’t hold itself accountable to the same set of rules that it’s so eager to compel the American people to obey.
Section 1513 of the American Recovery and Reinvestment Act of 2009 (the “stimulus”) explicitly states, “In consultation with the Director of the Office of Management and Budget and the Secretary of the Treasury, the Chairperson of the Council of Economic Advisers shall submit quarterly reports to the Committees on Appropriations of the Senate and House of Representatives that detail the impact of programs funded through covered funds on employment, estimated economic growth, and other key economic indicators.”  (The head of the Council of Economic Advisors, currently Alan Krueger, is appointed by the president, confirmed by the Senate, and works within the Executive Office of the President.  He is the president’s chief economic adviser.)

Indeed, the old reports that the administration released begin, “As part of the unprecedented accountability and transparency provisions included in the American Recovery and Reinvestment Act of 2009 (ARRA), the Council of Economic Advisers (CEA) was charged with providing to Congress quarterly reports on the effects of the Recovery Act on overall economic activity, and on employment in particular.”

Section 1513 of the ARRA further specifies, “The first report…shall be submitted not later than 45 days after the end of the first full quarter following the date of enactment of this Act….The last report required to be submitted…shall apply to the quarter in which the [Recovery Accountability and Transparency] Board terminates under section 1530.”  Section 1530 declares, “The Board shall terminate on September 30, 2013.”

In other words, the Obama administration is required by law to submit quarterly reports on the “stimulus” through the third quarter of 2013.  Yet the administration has apparently found it more convenient to stop after the second quarter of 2011 — more than two years early.  Or perhaps it has just decided to put the release of these reports on hold until after the election.  Either way, the Obama administration is now in violation of the president’s most prominent piece of legislation this side of Obamacare.

Why would the administration not want to release these reports?  Presumably because they have shown what a colossal waste of taxpayer money Obama’s “stimulus” has been.

In January 2010, Obama’s Council of Economic Advisors reported that, using “mainstream estimates of economic multipliers for the effects of fiscal stimulus” (which it described as a “natural way to estimate the effects of” the legislation), the “stimulus” had at that point cost $263.3 billion and had added or saved about 1.8 million jobs, whether private or public.  In other words, for every $148,000 in taxpayer money that had gone out the door, only one job had been added or saved — according to an estimate from Obama’s own economists.

Read More at The Weekly Standard