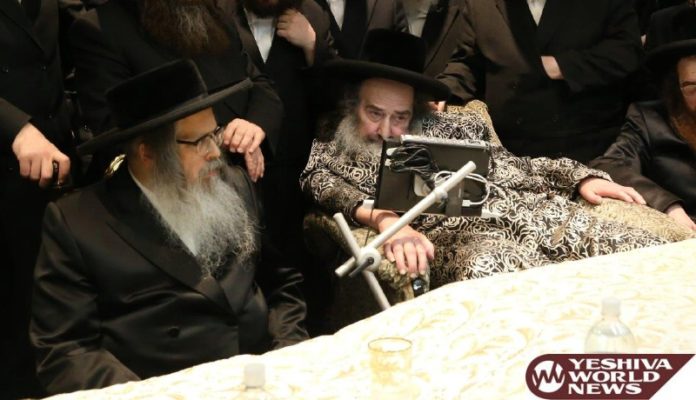 I once visited a Jewish secular school in Argentina. The program called for me to deliver a talk on Judaism and afterwards take questions from the audience. The principal of the school asked me repeatedly if in fact it was permitted to ask questions. His manner indicated that he was belittling religion, as if to say that religious people do not allow questions to be asked, but rather demanded belief with unquestioning blind faith, without reason. In his mind, the reason secular Jews do not observe mitzvos is because they consider themselves wise people who do things only when there are reasons which they can understand. Since they have questions about religion which they cannot fathom, they therefore refuse to do things based on blind faith alone.

I told the principal “Of course it is permitted to ask questions. Please ask any questions you have. On the contrary, Hashem wants us to ask questions and know the reasons, as it is written (Divrei HaYammim 1- 28:9/I Chronicles) “know the G-d of your father and serve Him”, exhorting us to ‘know’ Hashem. He does not want us to remain with blind faith without knowing the reason. This is why on the holiday of Pesach the Seder begins with various changes from the usual in order to provoke questions from the children and provide them with answers so they grow up knowing that there is an answer to every question. We speak about four types of children to demonstrate that are answers for each type of person, whether wise, or wicked, or simple, or even one unable to ask a question. We are obligated to teach and enlighten everyone. This all takes place at the very beginning of the Pesach festival, celebrating the commencement of our becoming the People of Hashem, to teach us that as People of Hashem we ask questions and receive answers.

The Holy Torah is greater than the Earth and wider than the Sea (Job 11-9/איוב יא-ט). Every question has many answers, and no individual knows everything. A simple doctor may lack an answer and must ask a professor. If the professor lacks an answer he will ask someone more specialized who has spent many years to become an expert in the particular field of study. Everyone needs to ask someone more learned than he, or to find answers in books, as there is no question that has no answer. When we ask a medical question from a doctor, we first do what he tells us to do even before we have asked and understood his reasons. Hashem wants us to serve Him with Emunah/Faith even before we know the reasons, and subsequently when one studies diligently, one will ultimately find reasons.

Then, the above mentioned principal asked the common question that secular Jews often ask “Where was G-d during the Holocaust if He is the guardian of Israel? I answered him with a parable; a father had his first and only son born when the father was advanced in years. He had incredible love for his only son. The father warned the little boy to avoid eating certain foods which would be life-threatening for him. However, the son did not heed his father’s instructions and would eat those very foods his father warned him against. The boy became deathly ill and the doctor declared that the boy must have critical surgery or else he would die Rachmana letzlan! Obviously, the father insisted on the operation taking place. The son, not realizing his perilous state, cried and screamed that the father must hate him if he will let a doctor cut him up. He carried on about the ‘bad’ and ‘vicious’ father he had. It was not pleasant hearing his son call him disparaging names, but this did not prevent the father from ordering the surgery to save his son’s life. The son was obviously ignorant of the life-saving benefit of the surgery, and the father had to do everything to save his life nonetheless.

Similarly, and even all the more so, the Creator is our merciful Father, Whose mercy and love are Infinite. He cautioned us to fulfill the mitzvos, as this is the purpose of the creation of man. He warned us that terrible punishment would result if we ignored His instructions. This is because Hashem must purify the body of sin, and humble the depraved instincts of human beings, to enable the soul to benefit eternal life. The primary part of the human is the soul, which is G-dly and is always attached to Hashem above. The soul lives both in this world and in the World to Come, as opposed to the body which is merely a garment for the soul in this world. Sometimes, even someone who has never committed a sin can receive suffering from Hashem, the faithful physician, to rectify some spiritual damage which was done to the soul in a previous reincarnation, or for other reasons (as explained in the holy sefer Be’er Mayim Chaim in Parshas Chukas).

The power of the faith that everything is from Heaven gave refugees from the Holocaust the encouragement they needed to be steadfast and remain on the path of Hashem. Through faith, they were able to rejoice in the most difficult situations. Even after the murders of their relatives they knew that Hashem is the One who causes death and revives life, and that had He chosen to do so He would have allowed them to remain alive, and what He did was also for the good. During the Holocaust, the great Tzaddik Rebbe Aharon of Belz ztvk”l was informed that his eldest son Rabbi Moshe HY”D was grabbed by some Nazis and burned alive in a bonfire. Upon hearing the tragic news the Rebbe said “Baruch Hashem! I Hashem deemed me worthy to also bring a sacrifice to Him!” I also heard that someone was describing to the Rebbe how he had suffered in the Holocaust, and then asked the Rebbe “didn’t the Rebbe also suffer?” The Rebbe zt”l grabbed the man and said: “Take back your words! I never suffered!”

In our times, many young people suffer from depression and despair. Many of these lose their self-control to the point where they become murderers or commit suicide Rachmana letzlan! The supervisors of schools try to stop this wave by hiring more psychologists. The truth though is that the root of this problem is that children are taught heresy and foolishness; that all of the wonders of Creation came about on their own, and that monkeys turned into men, and that everything is merely happenstance without any purpose, Heaven forbid.

This lack of faith in the Creator of the World and His Providence can cause people to fall into depression when they suffer, because they think that this has no purpose. This also leads to murder, because they believe that humans are merely more evolved animals, and that there is no purpose in creation. Thus they do not consider murdering a human to be any different than killing an animal. We see that in the past two hundred years, ever since the ideology of heresy began to spread and faith was uprooted in order to fulfill lustful desires that depression grew in the world. Murder rates skyrocketed. Millions of people were killed in the Two World Wars, and many murders are still taking place, individually, and en masse.

We see that Pharaoh and the Egyptians denied the Creator and said “I do not know Hashem” (Exodus/Shmos 5:2). This enabled them to become mass murderers who killed thousands of Hebrew children. To them, the Israelites were merely an evil race which just happened to develop, just like the ideology of the Nazis yimach shmam, who embraced the ideology of Social Darwinism. Ironically, on the flip side, the Egyptians humbled themselves to worship the lamb, and it was forbidden to kill a lamb and eat it, according to their religion. This is why Hashem commanded the Israelites to specifically take a lamb, the Egyptian idol, and slaughter it in public view of all the Egyptions, in order to uproot the Egyptian heresy.

The Israelites did G-d’s commandments with tremendous self-sacrifice and great faith. They strengthened themselves and stood up to the test, knowing that everything was for the good, and by doing G-d’s will they would be worthy to both spiritual and material blessings. In a matter of hours, they witnessed the awesome power of the Creator, as the Egyptian heretics lost everything, and the Israelites went from slavery to freedom, and tremendous wealth as Hashem had promised to Avraham Avinu. Heaven decreed that they leave Egypt quickly, not to remain even one moment longer than decreed from Heaven necessary to purify them. Heaven decrees pain and suffering, and Heaven measured each minute precisely to the utmost degree.

This is why we partake of the “Korech” on the night of the Passover Seder, when we place the bitter marror inside pieces of matzah, to indicate that just as food is required to keep one alive, the bitterness of suffering is also required for the benefit of people (as explained in the Holy Zohar in Parshas Bo).

From this we learn to be fortified in all situations, and to educate one’s children that only with tremendous faith in the Blessed Creator of the World and in His Divine Providence can one be guarded from the deeds of the Yetzer Hara which tries to bring heresy into Jewish homes and Jewish schools. Through dedicated faith in Hashem and His Providence, we will be worthy to a life of joy and satisfaction. Like the days when we left the Land of Egypt, our Merciful Father will show us tremendous wonders with the coming of our Redeemer soon and in our days, Amen.