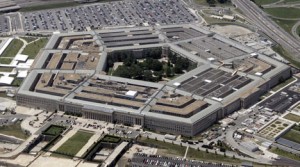 The New Year’s Day law that delayed across-the-board cuts in U.S. defense spending by two months also trimmed the size of the reduction for the 2013 fiscal year by about $17 billion, the Pentagon’s chief financial officer said on Monday.

Defense Department Comptroller Robert Hale said the cuts that would be required in March if Congress is unable to agree on a compromise alternative would be roughly $45 billion under the new law, versus about $62 billion earlier.

The new amount would be about 9 percent of the Pentagon’s budget for 2013, versus about 12 percent under the previous law, Hale said in remarks at the Brookings Institution think tank.

“But we also have two fewer months in which to accommodate those changes,” Hale said. The 2013 fiscal year began in October 2012, and the less time the department has to adjust to the lower spending levels, the steeper it may have to cut over the rest of the year.

“We face a lot of uncertainty,” Hale said. “We find ourselves balancing a lot of costs and risks.”

The Pentagon comptroller also said the department was likely to be delayed in producing its budget for the 2014 fiscal year because of the political standoff between Congress and the administration over how to lower the country’s deficit.

That debate led to the New Year’s deal that saw taxes rise on the richest Americans but delayed until March a decision on whether to allow across-the-board cuts to defense and other programs.

“I think it’s almost inevitable there will be some delay (in the 2014 budget submission),” Hale said.

“Normally we would be transmitting data to OMB (the White House Office of Management and Budget) right now and we’re not ready to do that. So I think some (delay) is inevitable, but it will be OMB’s call as to what delay occurs,” he said.

Hale said the department was attempting to be ready to move quickly once it received guidance from the White House on its top-line budget numbers for 2014.

The Pentagon is in the process of implementing $487 billion in cuts to projected spending over the next decade. The Pentagon originally proposed a $525 billion base budget for fiscal 2013, but Congress has not yet decided how much it will approve.

The law that approved the $487 billion in cuts to defense also called for another across-the-board reduction of about $500 billion unless Congress and the White House could compromise on a package of alternative cuts. So far they have been unable to reach a deal.