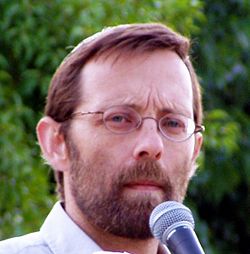 MK (Likud) Moshe Feiglin is sponsoring a bill that would result in electing only one chief rabbi of Israel and not two, an Ashkenazi and Sephardi. Feiglin explains on his Facebook page that MKs he has spoken to support the move, explaining the rav who receives the most votes will serve as everyone’s chief rabbi, and there is no need for two.

Feiglin feels the “division between Ashkenazim and Sephardim is the result of 2,000 years of galus, during which Am Yisrael did a marvelous job preserving its tradition and the Torah. Now that Am Yisrael has returned to its land, efforts must concentrate on unity and to restore Torah’s glory, one Torah, not two.”

Feiglin stresses “I am not trying to wipe out the traditions of the past” but adds he feels “highlighting the differences between us results in lagging behind today’s current realities.”

Feiglin adds that Gedolei Torah born in Israel have found a way to give piskei Halacha that encompass all of Am Yisrael without differentiating between Ashkenazim and Sephardim.

Feiglin stresses he feels such a move would significantly contribute to achdus and unifying Am Yisrael.