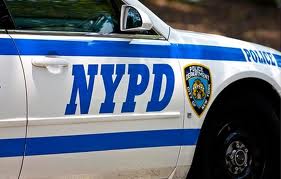 UPDATE FRIDAY 9:30AM: A New York Police Department officer on foot patrol has been shot in the leg in an incident in Brooklyn. Authorities say the officer is in stable condition at Jamaica Hospital.

NYPD chief spokesman Paul Browne says Officer Jamil Sarwar was in the Cypress Hills housing development in the East New York section shortly before 11 p.m. Thursday and was wounded in the right leg.

Browne says the shot appears to have originated from one of the buildings in the development, possibly from a rooftop.

He says it’s unclear if the officer was targeted or if the shot was random.

FIRST REPORT THURSDAY 11:00PM: An NYPD Officer has just been shot in Brooklyn, at Blake Avenue and Fountain Avenue. EMS was requested forthwith, and are now transporting the officer to Kings County Hospital in unknown condition. The shooting happened in the confines of the 75 Precinct, which is the same Precinct where Officer Peter Figoski was killed in 2011.

Further details will be published as they become available.