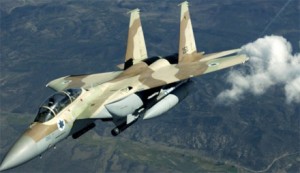 A deputy squadron commander of the rank lt.-colonel was dismissed from active flying, the air force and is being ousted from the IDF. Air Force Commander Major-General Amir Eshel learned that the lt.-colonel, who serves in the Ramat David Base, changed responses on a sociology exam that he was given, an exam that weighs heavy towards continued promotion in the future.

The air force commander decided that such an act from an officer of his rank and position is unacceptable, and the decision was made to oust him from the military.

The incident occurred about a half year ago, at which time the officer was removed from active service as a pilot. Eshel eventually decided that he is no longer suited to continue in the IDF and he will be stepping down in the coming days.