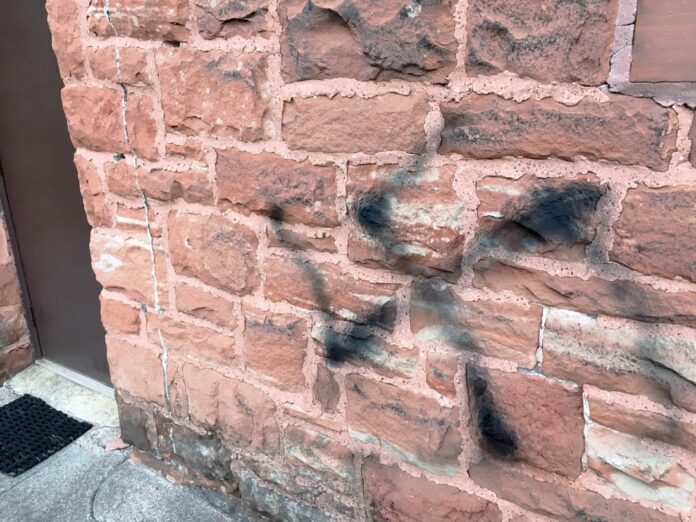 David Holden, president of Temple Jacob in Hancock, says the graffiti was discovered Saturday by someone who noticed the vandalism and called police. The Daily Mining Gazette reports swastikas were spray-painted on the Temple, as well as the symbol of the SS, a Nazi paramilitary organization.

Holden says nothing was damaged inside the building. Police are investigating.

The newspaper reports people came by the same day the damage was reported to help clean off the graffiti. Holden says that response was “really remarkable.”

The vandalism was noticed on the same day as the annual Parade of Nations, a communitywide event that includes a parade and a multicultural festival.