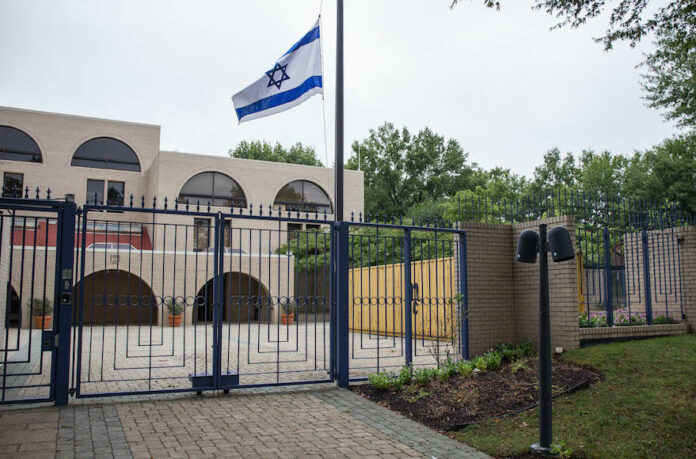 Israeli embassies and consulates throughout the world closed on Wednesday due to a strike by diplomats and consulate employees. The strike was called following a long-lasting dispute with the Finance Ministry over funding for Israeli diplomats and envoys.

The strike was called in cooperation with the Foreign Ministry, the Defense Ministry and the Histadrut Labor Federation and is related to stipends for various expenses for Israeli diplomats and Defense Ministry envoys abroad. The Finance Ministry not only is seeking to change the long-standing stipend policy and tax the stipends, but it also wants to enforce the new system retroactively, which means the diplomats and envoys would have pay back large sums of money.

Israeli diplomats and envoys, who apparently have long complained about low salaries, inadequate budgets and poor working conditions, have had enough.

“Due to the decision of the Israeli Ministry of Finance to breach understandings that were agreed upon and signed by the Director-General of the Ministry of Finance on July 21, 2019, and to apply a one-sided procedure that alters a protocol that has been in place for several decades, we are forced to close the diplomatic mission,” was stated on the social media pages of some Israeli embassies.

“No consular services will be provided and no one will be allowed to enter the Embassy/Consulate.

Israeli diplomats are committed at all times to strive to enhance Israel’s strength and resilience. Unfortunately, the decision of the Ministry of Finance does not leave us any choice but to take the above-mentioned action, since the vital interests of the State of Israel have been harmed. We hope that this crisis will be resolved as soon as possible.”

The strike ends all services by Foreign Ministry employees at embassies and consulates abroad, which means that any Israelis now traveling or living abroad will not be able to be assisted with any issues such as lost passports or other emergencies.

Sources tell YWN that there are numerous Niftarim (deceased persons) awaiting to be flown to Eretz Yisroel for Kevura. There are confirmed cases in Flatbush, Boro Park, Williamsburg and other locations. The Niftarim are sitting in freezers in local funeral chapels, while the Israeli government is ignoring their calls and pleas for assistance.