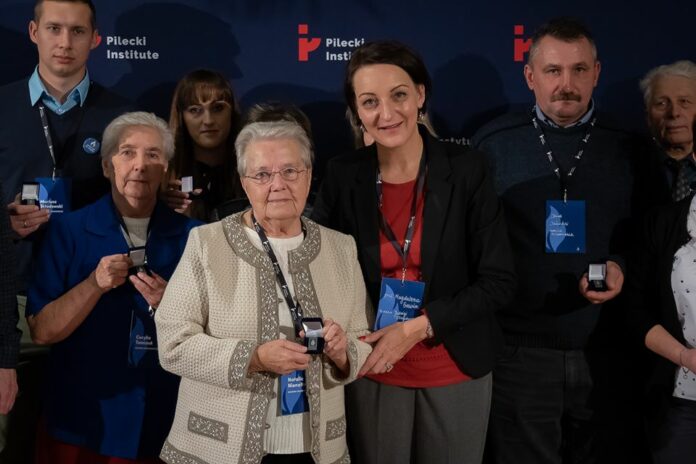 Children and grandchildren of Poles who met their deaths at the hands of the Nazis for helping Jews during the Holocaust gathered together for the first time last week in the town of Brok in eastern Poland.

The meeting took place as part of the “Called by the Name” project commemorating Poles murdered by the Nazis for assisting Jews, under the auspices of the Pilecki Institute, a Polish government institution dedicated to documenting the history of Poland in the 20th century with a focus on victims of Nazism and Communism.

The event, which was initiated by Poland’s Culture and National Heritage Deputy Minister Magdalena Gawin, was attended by 91 representatives of the murdered victims’ families. Pilecki Institute researchers interviewed the family members at the event in order to document their stories of their relatives’ heroism.

Pilecki Institue is named after Witold Pilecki, a Polish wartime resistance hero who volunteered for a secret operation in which he would be imprisoned in Auschwitz to gather intelligence and later escape. While in Auschwitz, he formed a resistance movement and also informed the Allies of the Nazi atrocities by 1941. After two and a half years in Auschwitz, Pilecki escaped in 1943 and wrote the Witold’s Report, an official report of over 100 pages, detailing the horrors of Auschwitz, including the gas chambers, the selections, sterilization experiments, and the crematoria. The Office of Strategic Services in London received the report and filed it with a note that there is no proof of its reliability. Pilecki later joined the Warsaw Uprising in 1944. Following the Communist takeover of Poland, Pilecki was arrested by the Stalinist secret police on charges of spying and was executed after a show trial in 1948.

The family members at the event also wrote and signed an open letter at the meeting, appealing for Poland to further commemorate Polish citizens murdered for assisting Jews. “We would like to take this opportunity to speak up in a way we have previously been unable to. Our stance – the stance of the children and grandchildren of those who died for the act of rescuing others – has so far gone unheard in the ongoing discussion on the significance of commemorating Poles who saved Jewish lives.”

“The heroic actions of our forebears were criminally punished and orphaned us, violently denying us our siblings, parents and grandparents…We firmly believe that the deaths of our parents and grandparents were not in vain. Even though they were unable to save a single soul in many cases, they nonetheless displayed a valorous Christian bearing. Therefore, they must not be denied their heroism nor must their commemoration be subjected to a moratorium. For us, they are heroes, and memory of them must endure.”