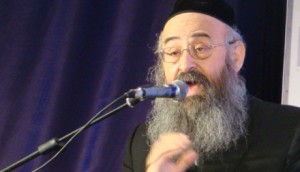 As the 5774 school year is about to begin, the director of Chinuch Atzmai in Eretz Yisrael Rabbi Avraham Lazerson has what to say.

Speaking with Ladaat.info, Lazerson seeks to share his concerns as he is about to embark on a new school year.

“I sat with one of the Gedolei Yisrael and said if the bochrim will have to go to Massiyahu Prison they will do so, with Gemaras in hand and they will return home two weeks later. But our young, our sheep, they are trying to harm their tender souls as they seek to instill into them different ambitions towards distancing them from the correct lifestyle. And what will occur when they reach induction age, they will want to serve on their own without any need for coercion.”

The veteran Chinuch Atzmai leader explains he is gravely concerned over the efforts to introduce widespread change into the chareidi education system. He warned that while he does not seek to minimize the significance of the battle to prevent the induction of bnei yeshivos into the IDF, we mustn’t turn a blind eye to what the Ministry of Education is trying to do to the nation’s chareidi mosdos.

Rav Lazerson speaks in terms of a “catastrophe” and adds “but all I hear is silence”, expressing his concerns for the future of the Chinuch Atzmai system in Eretz Yisrael.