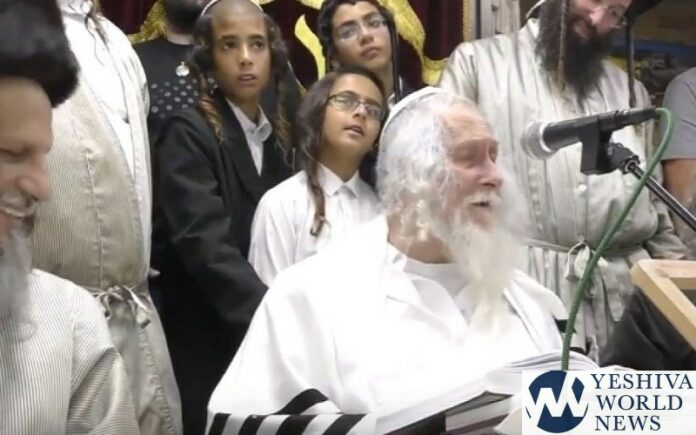 New recordings obtained by police investigators revealing how Eliezer Berland, the leader of Shuvu Banim who was arrested on Sunday along with his associates, tried to intimidate people with physical violence, were aired on Channel 12 News on Wednesday evening.

Berland is heard talking with the Shuvu Banim chief of operations Aharon Schwartz (Oren Amit) on one of the recordings, instructing him to use violence against two people.

The conversation was recorded when Berland was in police custody in Tzalmon prison following his extradition to Israel after fleeing the country due to criminal charges against him for assaulting women.

Read the conversation below (with censorship of incriminating details):

Berland: “So now you need to carry out a cheirem on…”

Berland: “It’s forbidden to go anywhere near [them]. So now – right now – make a recording.”

Berland: “That’s it’s forbidden for anyone to go anywhere near [so and so] and everyone is permitted to break their bones because they’re transgressing ‘skilah, seraifah, hereg and chenek’ every second. Make a recording!”

Schwartz: “Okay, so one minute, I’m connecting it to the [Shuvu Banim] hotline. I should put it on the hotline?”

[Shuvu Banim Member: “There’s No Hope Of Seeing The Rav In The Near Future”]

Schwartz: “Good. This is a very sharp message! We’ll put it on the hotline!”

[Rabbi Berland To Undergo Bypass While In Police Custody]