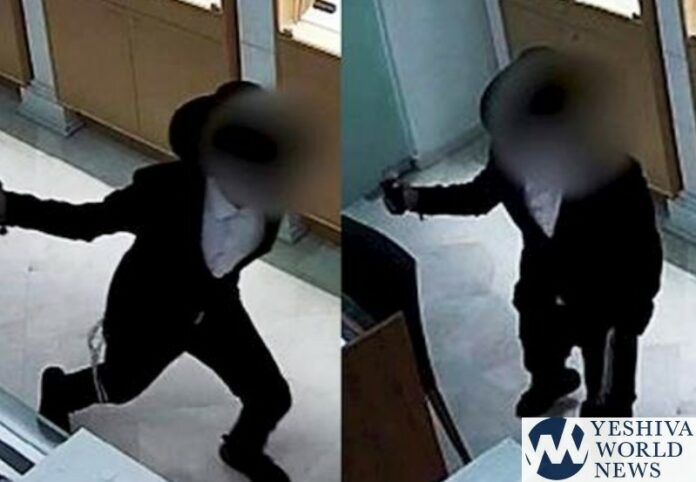 A brazen thief who dressed up as a yeshivah bochur to steal a valuable watch two months ago was indicted on Wednesday following an intensive police investigation which revealed how the robbery was planned and carried out, B’Chadrei Chareidim reported.

The investigation revealed that a few days prior to the robbery, the suspect and an accomplice entered the jewelry store and expressed interest in the watches while simultaneously staking out the store.

On the day of the robbery, the suspect, disguised as a yeshivah bochur, entered the store and expressed interest in a certain watch.

The suspect sprayed pepper spray at the two salesmen which prevented them from running after him and fled with a watch worth tens of thousands of shekels.