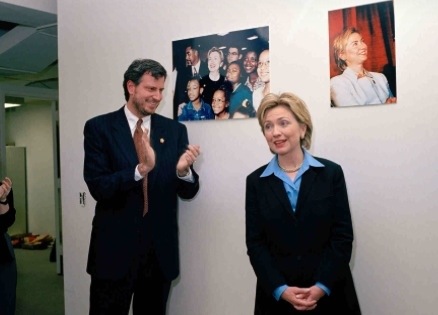 “Bill de Blasio has been a friend to both President Clinton and Secretary Clinton for many years. They were proud to see him run a thoughtful, creative campaign about the issues, and they are behind him as he moves on to the general election as the Democratic nominee.”