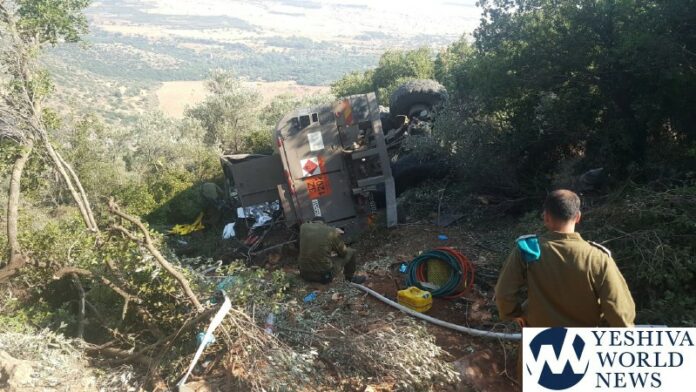 An IDF soldier was killed in an accident involving an IDF vehicle in the area of Har Dov in the Golan Heights on Wednesday morning. An IDF officer who was a passenger in the vehicle sustained moderate head injuries.

As can be seen in the attached video, the vehicle lost control and plunged off a steep embankment.

The dead soldier has been identified by the military as 20-year-old Sahar Algazar, from the southern Israeli community of Ranen.