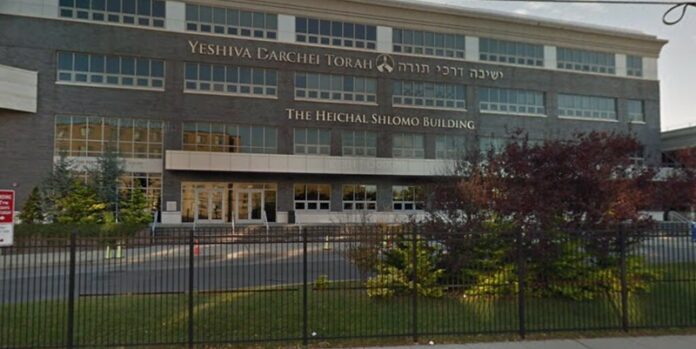 With the new school year around the corner, it is a question that is on the minds of many people:

Can the money that we pay for tuition be considered Maaser?

Before we begin this subject, let’s briefly provide a general and necessary overview of the laws of Maaser – giving one tenth of one’s income:

There is a three-way debate as to the nature of Maaser.

Believe it or not, most authorities rule like the third opinion, but nonetheless, it is a very important matter dating back to Avrohom Avinu, that should not be neglected.

The Chofetz Chaim writes (Ahavas Chessed Vol. II 20) that those who give Maaser have a remarkable advantage over those who merely give charity, in that Hashem Himself becomes a partner in their business.

WHO SHOULD MAASER BE GIVEN TO?

The Ramah writes (YD 249:1) that Maaser should NOT be given for general Dvar Mitzvah purposes – but should specifically be directed to the poor. There are three explanations in the meforshim for this Ramah.

• Since the money belongs to the poor – if he uses it for other purposes it is like he is stealing from the poor (Simple reading of Maharil cited in Chsam Sofer YD 231).
• Since he has accustomed to give his Maaser funds to the poor, it is as if he had specifically designated it so at the outset (Responsa Chsam Sofer YD 231).
• One may not pay for one’s general obligations through Tzedaka money – even if they are Mitzvah obligations (Be’er HaGola)

According to the Chsam Sofer (explanation two in the Ramah), if one were to make a condition when he first starts paying Maaser that he be allowed to spend it upon any other Mitzvah, then it would in fact be permitted to give it to other charitable matters other than support of the poor.

There is also the view of the Drisha (YD 249:1 cited by both the Shach and TaZ) that one may give Maaser toward other Mitzvos if the other Mitzvah would not be performed were it not for the funds being given now.

So now let’s plug all of this into our question regarding Yeshiva tuitions. As we have seen, any parental obligation cannot be paid for by Maaser money. This is not just the ruling of the Chofetz Chaim (Ahavas Chessed Vol. II 19:2), but is also cited by the Eliyahu Rabba (OC 156:2).

OBLIGATION OF FATHER TO TEACH TORAH

There is a Torah obligation for a father to teach his son Torah, or to hire someone else to do so (YD SIman 245 based upon Kiddushin 29a). The obligation is to teach Chumash and Gemorah, unless one does not have the resources to do so, in which case the obligation is limited to Chumash. Rav Vosner zt”l (Shaivet HaLevi Vol. VIII #133) writes that a boy’s yeshiva tuition cannot be deducted from Maaser because of the obligation to teach him Torah sh’bal peh as well – i.e. Gemorah. Paying for the secular education of one’s own child is, in a sense, Tzedakah to one’s own children, because, at first glance, it is not part of the halachic obligations of the father.

All this seems to imply that the costs of providing for the secular education of our children should be maaserable, while the limudei kodesh portion of Yeshiva tuition would not be. So depending upon the Yeshiva, it would seem that 35% to 45 % of tuition would be allowed to be paid from one’s own Maaser funds.

The problem with this is that Rav Moshe Feinstein writes (IM YD Vol. II #113) that nowadays, where the law forces a person to provide his or her children with a secular education, and doing so in a public school forum would seriously endanger their commitment to Judaism, it has now become obligatory.

This is, therefore, now considered a full parental obligation.

The repercussions of Rav Moshe’s ruling are that no tuition is deductible from Maaser – whether for boys or for girls. The Sefer Ahavas Tzedaka (page 140) concludes that Rav Feinstein’s view is even according to the Poskim who allow Maaser funds to go toward other Mitzvah use – even if a condition is made (as the Chsam Sofer suggests). As an aside, although some have suggested that a single mother can fully deduct the tuition she pays from Maaser since she may not be obligated in Talmud Torah of her children according to some authorities – the problem that Rav Feinstein raises applies also to single mothers and would thus be equally problematic for single mothers.

This author would humbly suggest that the tuition can perhaps still be partially paid from Maaser funds – for the following reason: There are a number of Yeshivos that are allowing students to come just for the Limudei Kodesh section of study and to go home for the Limudei Chol section.

It is theoretically possible to do a home study course for Limudei Chol using an accredited home school study program. The cost of such a program, where real teachers grade papers, is some $1500 per year.
Since this is certainly a theoretically viable option for numerous children, this author would like to suggest that the following formula for what portion of one’s Yeshiva tuition can be deducted from Maaser. Of course, each person should consult with one’s own Rav or Posaik, but the formula is as follows:

As an example, let’ say a certain Yeshiva’ high school’s tuition is $14,000 per year. After meeting with the tuition committee, an arrangement was made that the family pay $10,000 per year. The Yeshiva high school pays $8000 per period for five periods and the Limudei Chol principal gets paid $80,000 per year. The class has 20 boys and there are 160 boys in the school. The school pays rent in the sum of $20,000 per classroom per year. Power, water, gas and garbage amount to $40,000 per year for the afternoons.

The total is $4000. Subtract from this figure the $1500 cost of home schooling. Approximately $2500 of the tuition may therefore be paid from Maaser funds.

It could very well be that one should not only check with one’s Rav or Posaik, but also the school’s accountant as to the application of these figures.

THERE IS A YOUNG LADY IN A DIFFICULT FAMILY SITUATION THAT DESPERATELY NEEDS TO GET TO SEMINARY IN ERETZ YISROEL.  IT IS NEAR PIKUACH NEFESH ACCORDING TO HER TEACHERS.  IF ANYONE IS IN A POSITION TO ASSIST PLEASE CONTACT THE AUTHOR.