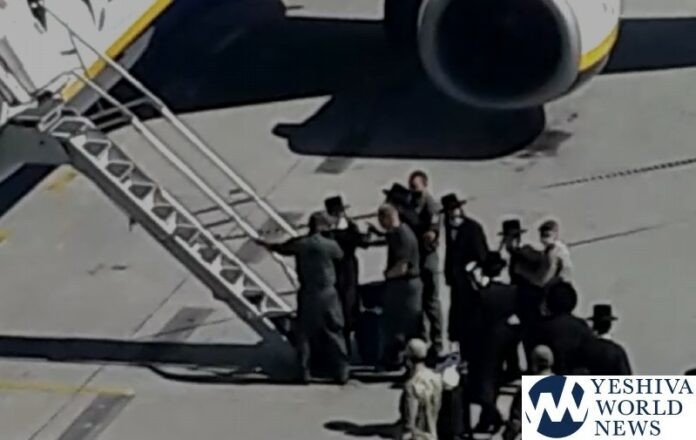 A group of about a dozen Breslover chassidim who landed in Kiev, Ukraine from London on Sunday were forced to reboard the plane for a return flight to the UK.

In a video of the incident, a group of chassidim are seen being escorted onto the Ryanair flight by Ukrainian security officials.

On Friday, about 300 Breslover chassidim from Israel, the US and Europe, who were detained at Ukrainian airports due to the country’s ban on foreign nationals were released shortly before the onset of Shabbos following extensive efforts by Israeli politicians.