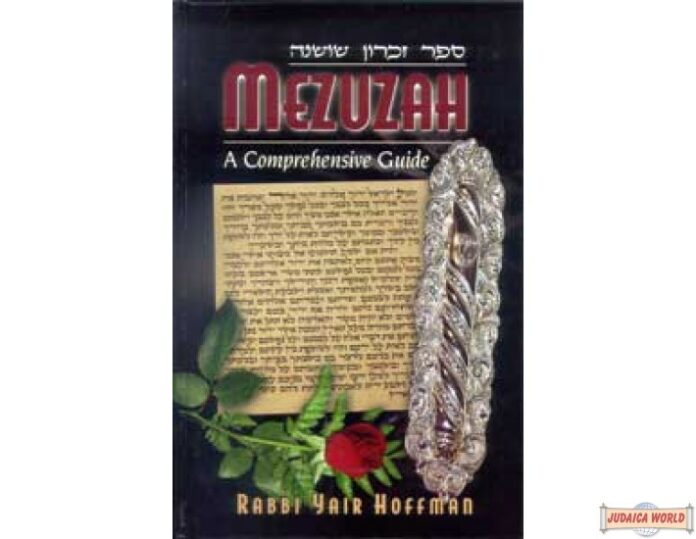 It is a question that comes up quite often: When are we allowed to remove our Mezuzos? Can we do so when we move? What about during the summer time? In the following article this issue will be explored.

IF A PERSON is moving out of his house or apartment and the next tenant is Jewish it is forbidden to remove the Mezuzos (SA YD 291:2). The Talmud (Bava Metziah 102b) states as follows:

One who rents a house to his friend, it is upon the tenant to affix the Mezuzah. And when he leaves he may not take the Mezuzah in hand and depart.

The same passage in the Talmud also relates a very tragic story regarding a person who removed his Mezuzos. The Mezuzah has 713 letters in it. This fits the Gematria of the verse in Bereishis (42:22), “vegam damo hinay nidrash.”

Reason for the Prohibition

There are a number of explanations for this Halachah:

• Rav Achai Gaon (Sheitos Parshas Shlach 126) writes that removing a Mezuzah from its active function in a Mitzvah is a disgrace to the Mezuzah. This reason applies only when the Mezuzah is not to be used upon another doorpost.

• Even though it is permitted for a person to remove Tzitzis from one garment and place them on another garment, here it is forbidden because negative spiritual forces (mazikin) that affect Jewish people come into a home that does not have a Mezuzah. According to Tosfos (BM 102b “Lo Yitlena b’yado”), when the Mezuzos are removed it is as if the person damaged the new tenants himself.

It is even forbidden to remove a Mezuzah from a place that, when it was first placed, did not definitely require a Mezuzah in the first place (Chovas HaDar page 18).

Even if the house is to remain empty after he has moved out, it is still forbidden to remove the Mezuzos (She’ailas Yaavetz II #117).

Next Tenant’s Obligation to Pay

If the next tenant is a Jew, one is permitted to ask him to pay for the value of the Mezuzos. If he refuses to pay for them they may not be removed. One is permitted, however, to replace these Mezuzos with less expensive Mezuzos (Minchas Yitzchok V #110:2. See, however, Chelkas Yaakov YD #160 who possibly dissents). Since there is a dispute among the Poskim as to whether this is permitted, however, it is preferable to remove them for inspection, and then replace them with the less expensive Mezuzos.

The new tenant is obligated to pay for the Mezuzos. If the old resident has a deposit from the new tenant, he is permitted to deduct from it the value of the Mezuzos (Minchas Yitzchak IX #106).

The old tenant should not remove the Mezuzos himself, even if the new tenant wishes to affix his own(See Birchei Yoseph YD 291:5. Even though some authorities seem to theoretically permit this when the new tenant has all the Mezuzos in hand [Beer Moshe Vol. III #181], the custom is to forbid it.).

However, the old tenant may tell the new tenant to return his Mezuzos when he affixes his new ones. If the old tenant needs Mezuzos for his new dwelling, he should borrow Mezuzos from a Mezuzah Gemach (Mezuzah lending institution) until his Mezuzos are returned.

If the house is to be rented to gentiles or was rented from a gentile, he is obligated to remove the Mezuzos. It is forbidden to give or sell a Mezuzah to a gentile (Ramah 291:2). There are no less than four reasons discussed by the halachic authorities for this prohibition:

• One reason for this Halachah is that it is assumed that they will utilize the Mezuzah as a charm (Responsa Be’er Sheva #36).

• Another reason is that the Mezuzah affirms the absolute unity of Hashem, and a gentile does not believe in Hashem’s absolute unity(Responsa Be’er Sheva #36).

• A third reason is that the Mezuzah might be mistreated (Be’er Heitev 286:5).

• A fourth reason is that someone may mistakenly assume that the gentile is Jewish (Responsa Shaarei Teshuva #157).

The halachah is in accordance with all of four of these reasons. According to this last reason it is also forbidden to give or sell a Mezuzah case to a gentile. Authorities have ruled, however, that if there is a concern that not giving or selling a Mezuzah to a gentile will cause aivah, profound hate, or will cause him (the Jew) damage, he may give or sell him the Mezuzah (Ramah YD 291:2. See, however, Maharshal in Yam Shel Shlomo Bava Kamma chapter 4 for a dissenting view.) The rationale for this ruling is based on an interesting passage in the Jerusalem Talmud (Peah 1:1):

Even though it seems that Rabbi Yehudah HaNassi initiated the sending of the Mezuzah, the commentaries have explained that Rabbi Yehuda HaNassi was attempting to dissipate a potential source of anti-semitism.

Unable to Obtain Other Mezuzos

There is an opinion which states that if he will be absolutely unable to obtain Mezuzos for his next residence he may remove his Mezuzos even if the next resident will be Jewish (Pischei Teshuvah 291 citing Birchei Yoseph). Authorities have stated that this opinion requires further analysis (Aruch HaShulchan 291:3).

Although the prohibition of removing a Mezuzah is a severe one, one may remove a Mezuzah from a summer bungalow at the end of the summer season, if there is a chance of vandalism. There are two factors that contribute to this leniency:

A] According to some opinions a summer bungalow that is not winterized is not considered a dira (residence) during the wintertime (ruling of Rav Henkin zt”l as told to Rav Belsky).

One should note that the above factors do not apply to a summer camp (ruling of Rav Yisroel Belsky to this author). A summer camp is generally owned or run by one person or organization. This is considered a permanency. Even though the campers may change, they are not the ones that are obligated in affixing the Mezuzah.

The above leniency also does not apply to a summer home or bungalow that is winterized.
In all situations if there is a significant concern that the Mezuzah could be vandalized, it is permissible to remove it.

MEZUZAH: A COMPREHENSIVE GUIDE can be purchased at amazon.com