Hungarian Foreign Minister Péter Szijjártó will be the only European Union diplomatic representative to attend the signing of the peace accords between Israel and the United Arab Emirates and Bahrain at the White House on Tuesday.

“At the invitation of U.S. President Donald Trump, as the only European Union minister, Foreign Minister Péter Szijjártó will also attend … the signing ceremony in the White House on Tuesday,” the minister’s spokesperson told Hungarian news agency MTI on Sunday.

The spokesperson added that Szijjártó will hold talks with presidential adviser Jared Kushner while in the US.

Hungarian Prime Minister Viktor Orban is a long-time supporter of US President Donald Trump, who brokered the peace accords.

The European Union has long maintained a policy of favoring the Palestinians in their claims of “occupation” against Israel, and extending general financial support to them, which more often than not, ends up in the hands of terrorists. The Palestinians have vehemently slammed the Israel-UAE-Bahrain accords, claiming that they undermine the “Palestinian cause.”

Following the announcement of the Serbia-Kosovo normalization deal, the EU even warned the two countries that they could undermine their EU membership hopes by moving their Israeli embassies to Jerusalem.

Furthermore, most of the EU’s 27 countries continue to recognize the Hezbollah terrorist organization’s political branch as a legitimate movement, only designating its military branch as a terror entity.

In the past year, Germany and Lithuania have designated Hezbollah to be a terrorist organization in its entirety, joined by Serbia on Sunday. Kosovo and the UK (which is no longer part of the EU) did the same last year and the Netherlands did so in 2004. 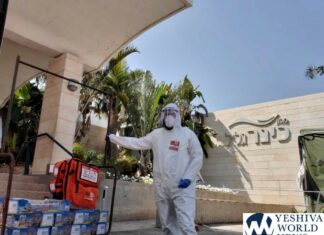