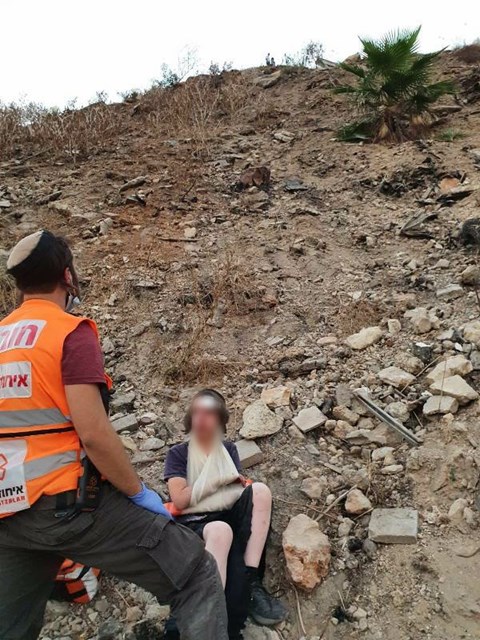 Rescue teams were dispatched to Avi Ezri Steet in Modi’in Illit on Tuesday evening following the report that a child had fallen into a ravine nearby. according to witnesses, the boy was attempting to repel down the ravine with a makeshift line and at some point fell some three meters into the ravine.

After an hour of attempting to reach the child safely, the child was rescued from the ravine. According to reports by medical first responders who assisted in the rescue, the boy was conscious and suffered from numerous contusions and broken bones that were a result of the fall. Members of the Fire Department’s Special Rescue Unit were dispatched to the scene in order to extricate the child as fast as possible.

United Hatzalah volunteer EMT Moshe Oraf, who was the first responder at the scene and climbed down the ravine to the child relayed: “When I arrived, the boy’s friend’s told me that he sustained a head injury after he slipped while he was playing on the cliffside. I treated the boy at the scene for his injuries. Then, following a lenghty stretcher rescue that I undertook together with teams from the Fire Department and other EMTs, the boy was transported to the hospital. He was in moderate condition upon transport.”

Magen David Adom said that they transported the boy to Sheba Hospital in Tel HaShomer. 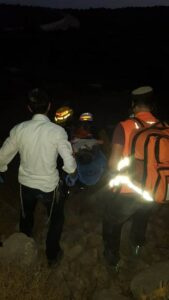 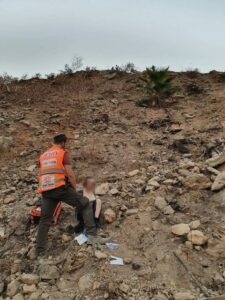 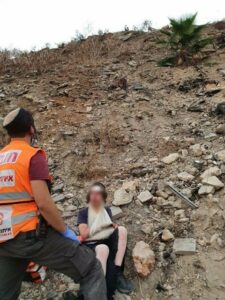