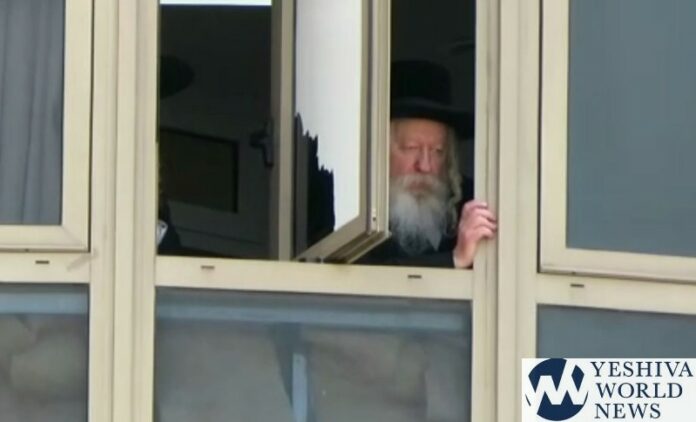 The two sons of the Gerrer Rebbe both tested positive for the coronavirus, Kikar H’Shabbos reported.

The personal gabbai of the Rebbe also tested positive for the coronavirus, forcing the Rebbe to go into quarantine. Fortunately, the Rebbe tested negative for the virus.

The Gerrer has instructed his chassidim to be tested for the virus if they experience symptoms.

The Yamim Noraim tefillos in Gerrer were carried out in “capsules.” After it was discovered that some mipallelim subsequently tested for the coronavirus, the chassidim were informed on Tuesday that the main Gerrer beis medrash in Yerushalayim will be closed until further notice.

“Due to regulations we are forced to close the Beis Medrash and the public is called to organize tefillos in open areas,” stated a phone message sent to all the chassidim. “The public is asked to pick up their tallis and tefillin.”

Signs were hung on the Beis Medrash on Tuesday morning stating that the building will remain open for people to retrieve their tefillin until 11:00.

The Karlin Chassidus also shut the doors of its Beis Medrash last week and tefillos are taking place in outdoor areas.