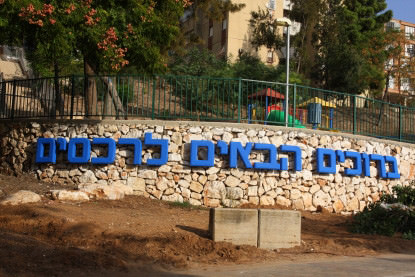 Coronavirus Commissioner Ronni Gamzu and the head of the Chareidi Affairs Desk for Magen Yisrael Major-General (Res.) Ronni Numa, visited the Chareidi town of Rechasim on Sunday after the town changed from “red” to “green” according to the traffic-light program initiated by Gamzu.

The pair arrived to learn first-hand how the success of the city came about so quickly and visited the municipal command center. “This city worked hard and in a professional fashion that created results that many larger cities, with much larger budgets allocated to them to fight the disease, failed to achieve. There is a sense of professionalism here that results in rapid response to deal with any possibility of an outbreak occurring,” Gamzu said.

Gamzu told the head of the city that the biggest question that lies before him and the government is how to open the schools without causing a dramatic rise in morbidity.

“Opening the schools in the Chareidi sector is a big challenge. We, therefore, need to be extremely careful, and mandate that all those who work in education must be tested regularly, even if they feel fine.”

Gamzu suggested that the municipality arrange for thousands of daily tests for the populace in order to allow the government to open institutions in the city faster. The city council is weighing the suggestion and thinking of ways to implement it.