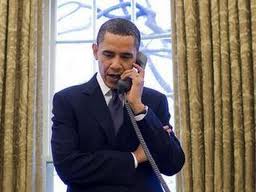 President Barack Obama is having House Democrats to the White House as a showdown over the budget extends into its ninth day.

The White House says the private meeting is scheduled for 4:30 p.m. EDT Wednesday.

The White House added that the president intends to invite Republicans and senators in the coming days.

Republicans are demanding talks on deficit reduction and Obama’s health care law to approve spending legislation. Obama says he won’t negotiate until the budget is approved with no strings attached.