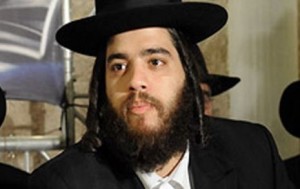 The Hiddush organization sent a letter of protest to Attorney General Yehuda Weinstein in which the organization addresses announced rabbinical support for Elad mayoral candidate Sruly Porush. The organization is also objecting to the Shas Moetzas Gedolei Hatorah giving brachos in return for supporting party candidates. Hiddush explains the actions of the rabbis violate the nation’s election laws.

The complaint cites the beis din of HaGaon HaRav Nissim Karelitz Shlita publicized its position regarding the upcoming municipal elections and the beis also signed other rabbonim to the proclamation, including HaGaon HaRav Chaim Kanievsky Shlita. Hiddush points out the kol korei addresses the election, including Porush’s race in Elad, stating one who does not adhere to the instructions of rabbonim is “מסרב לדיו תורה” with all the serious ramifications involved in this status.

Hiddush also refers to the Shas Council of Rabbonim instructing voters to select Moshe Leon in the Yerushalayim mayoral race.