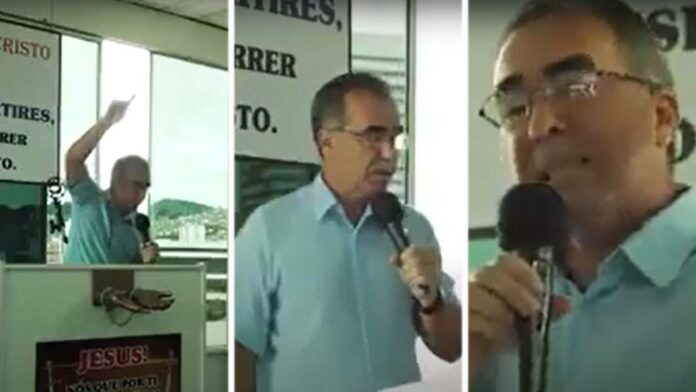 Brazilian federal police raided the Rio de Janeiro church on Friday of the pastor who led his congregation in praying for a second Holocaust for Jews, JTA reported.

The raid was part of an operation named “Shalom” against Pastor Tupirani da Hora Lores, who prayed that G-d should “destroy the Jews like vermin.”

Last year, a Jewish group discovered an online video of da Hora Lores leading his congregation in shouting “Massacre the Jews, G-d, hit them with your sword, for they have left G-d, they have left the nations.”

“G-d, what you have done in World War II, you must do again, this is what we ask for in our prayers to you: Justice, justice, justice!”

The congregants are heard fervently repeating the pastor’s words.

Sinagoga Sem Fronteiras, a network of Jewish communities in Brazil, filed an incitement claim against da Hora Lores with the federal police. The Jewish Federation of Rio de Janeiro and the CONIB National Jewish umbrella also filed complaints against the pastor.

Rabbi Gilberto Ventura, the Sao Paulo-based founder of Sinagoga Sem Fronteiras, told the Jewish Telegraphic Agency that the pastor should have been arrested “but the fact that police raided his church is already a big development.”