Chassidic courts are busy preparing for large crowds during the Yamim Noraim, especially Gerrer and Karlin-Stolin, both of which are known to be stringent about coronavirus restrictions.

HaRav Itche Meir Tauman announced to Gerrer chassidim on Sunday that everyone eligible for a booster shot should immediately receive it and those who are not vaccinated will not be allowed to daven in the Gerrer Beis Midrash over the Yamim Noraim.

HaRav Yitzchak Meir Gutman, the supervisor of the Gerrer Talmudei Torah, announced to parents that children age 12 and above can only daven in the main Gerrer Beis Medrash on Rosh Hashanah if they present documentation of being recovered or positive results from a serological test. After submitting the proper documentation, the children will receive a special bracelet allowing them entry into the Beis Medrash.

An announcement was also made in the Gerrer Beis Medrash that all adult mispallelim will also have to wear an “entry bracelet,” which will be received upon submittal of a Green Pass.

Karlin-Stolin announced that only chassidim who fall in the following categories are permitted to spend the Yamim Noraim with the Rebbe: 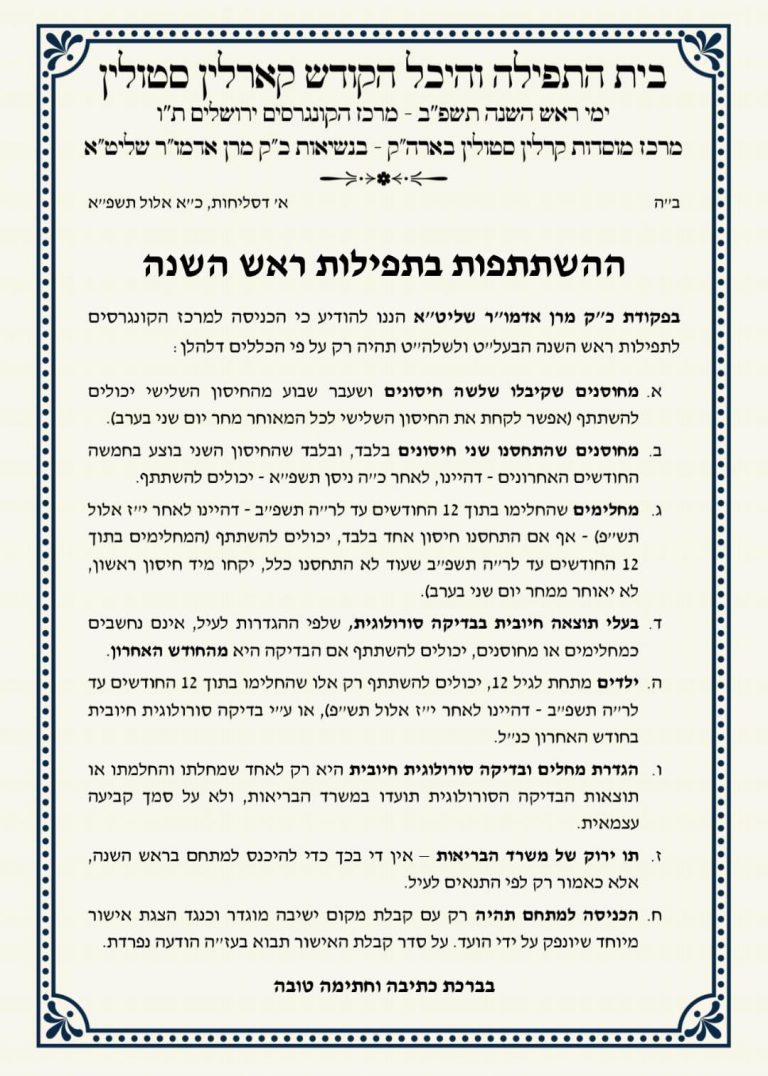