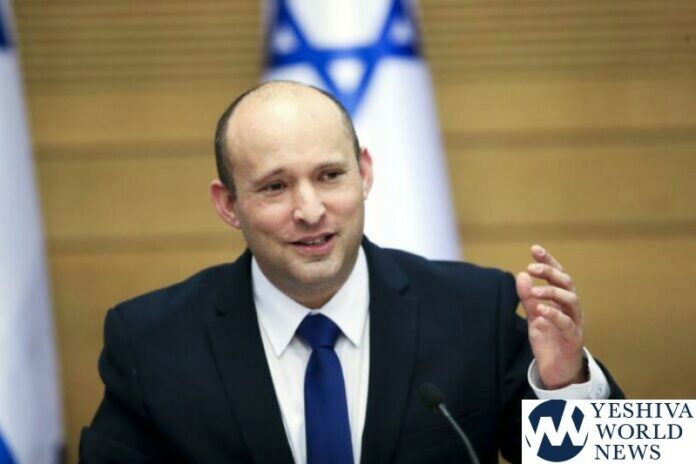 After speaking about the Iranian threat, Bennett moved on to politics, saying: “In Israel there are basically three political vectors: the national force, which I’d absolutely call right-wing; the globalist-humanist approach, which I’d basically call the Left, and the religious: Chareidim and the Orthodox. In practice, we need all three vectors but you actually want that debate.”

“An Israel without the religious aspect for example would not be an Israel I want because we are the Jewish state. I’m happy there are Chareidim but we need to limit their political sway,” Bennett asserted.

“I wouldn’t want an Israel without a left-wing,” Benett continued. “While clearly, I feel differently on many issues I’m happy there’s that counter so we can debate it. You wouldn’t want Israel without its national force. So my point is that it’s not just a compromise, where we move in one direction and the other side loses. It is about finding the right point between the forces. I’m proud to lead such a government.”

“An illegitimate prime minister with six seats, who in all polls barely scratches the electoral threshold and represents only himself, wants to limit the influence of Chareidi MKs, who represent a million people,” Chas chairman Aryeh Deri responded to Bennett’s statements. “Bennett, every scam has an end. The day will come when a government that represents the will of the people will be formed, including the Chareidi public, which received 16 mandates in the previous election.”

Likud MK Ofir Sofer said: “As part of the abandonment of his ideology combined with the fact that he has no electoral base anymore, Bennett has begun stealing Lapid’s ideology. Until now he did this through his ‘messenger,’ [Religious Affairs Minister] Matan Kahana. This morning, Bennett didn’t hide his new political views.”

Political commentator Eitan Zeliger wrote: “In order to limit the influence of the Chareidim, Bennett can get behind the wheelbarrow where Leiberman already put them to bring to the dump.”