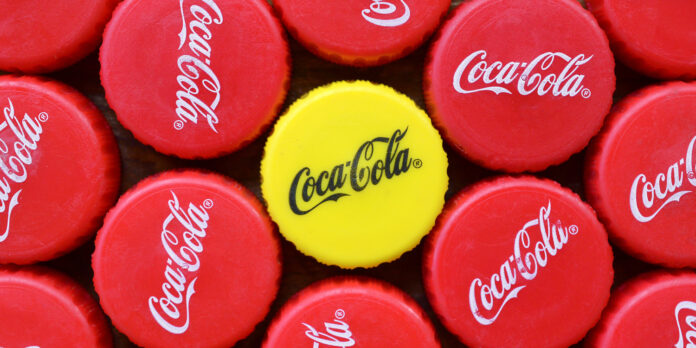 Many people get confused when it comes to the issue of opening various drink or food items on Shabbos.  Since every so often manufacturing processes change, it is important to understand the underlying issues – instead of just getting rulings as to whether one can or can’t open the item.  What follows is an easy way to remember the underlying issues in the opening of cans, bottles and other packages or containers on Shabbos:  Some Body Make Me More KoolAid, Please!

The observant reader will realize that this is a mnemonic device because of the bolded first letters.  Some Body stands for Sosair and Boineh.  Make Me More stands for Makeh b’patish, Mechataich and Mochaik. KoolAid stands for Korayah. And Please stands for Pre-opening.

Now let’s look at each.

Virtually all contemporary poskim rule that one may not open bottle caps that are stamped with the date of production, and the letter formation will be erased or broken when the bottle cap is opened. Even though erasing is only forbidden biblically when one wishes to write in that area – it is Rabbinically forbidden even if one is not planning on writing.  However, when one places the cap back on the bottle, the dates can re-form.

The laws of Koraya, ripping, are subject to debate – on account of different approaches to how to understand a Tosefta.  The Tosefta in Beitzah (3:9) cited by the Mishna Brurah (314:25) writes as follows:   “It is permitted on Shabbos to rip the skin off of the top of a barrel [as long as one does not intend to create a spout].” The question is why this is permitted since it involves tearing on Shabbos.

The Chazon Ish (OC 51:13 and 61:2) explains that the skins are ripped destructively and therefore, it is permitted.

It is permitted because the ripping is done in a destructive manner. The person who opens the barrel has no interest in preserving the cover for later use. A Shabbos melacha done in a destructive manner is not considered a melachah and is permissible even mi-d’Rabbanan. The Chazon Ish permits ripping off a salami wrapper, for example, since the wrapping is destroyed while it is being ripped. Thus, according to this approach, it is permitted to rip something on Shabbos only if the packaging will be destroyed as it is being opened.

Rav Shlomo Zalman Auerbach (Shmiras Shabbos K’hilchasa 9 note 12), this Chazon Yechezkel (in his hashmatos to the Tosefta in Shabbos) and the Shvisas HaShabbos (12b) all explain the Tosefta differently. They write that the skin is batel (subordinate) to the barrel and it is no different than removing a peel which is permitted (See SA OC 314:8).

As long as one is tearing for the sake of removing contents from a package, it is permissible to tear. According to this approach, it makes no difference if the package is destroyed in the process or not; even if the wrapper remains partially intact and is able to retain its contents, tearing is permitted. Still, even according to this view, it is forbidden to tear the packaging with the intent of reusing at a later date, since in that case one is completing the formation of a utensil on Shabbos—Makeh b’patish.

This debate has ramifications for opening cans on Shabbos as well. According to Chazon Ish when one opens a can one “completes the formation of a utensil.” Before the can was opened it was a “closed shell,” unusable as a utensil. After it is opened it becomes a container which can serve as a utensil. Since it was not destroyed in the process of being opened, it is forbidden to be opened on Shabbos. [In the view of the Tehillah l’Dovid (314:12), opening a can is not “completing the formation of a utensil” but rather “breaking an existing utensil” which is also prohibited on Shabbos.]

Other poskim do not consider opening a can as “completing the formation of a utensil” [nor do they consider opening a can as “breaking an existing utensil”]. In their view, since cans are generally discarded after their contents are removed, no usable utensil is created. Opening a can is merely like the peeling off of a “shell,” which is a permissible activity. Indeed, if the can is made from durable material which is meant to last and be reused in the future, then it is prohibited according to all poskim to open it on Shabbos, since none of the leniencies mentioned above apply.

Bottle caps which lift off with a bottle opener may be removed according to both the  Mishnah Berurah (314:17) and the Chazon Ish (OC 51:11). However, most modern bottle caps  either leave a ring around the bottle neck or perforate along the edge when the bottle is opened – which creates many of the problems mentioned above.  There are a number of ways to open a soda bottle on Shabbos.

To be continued (b’ezras Hashem).