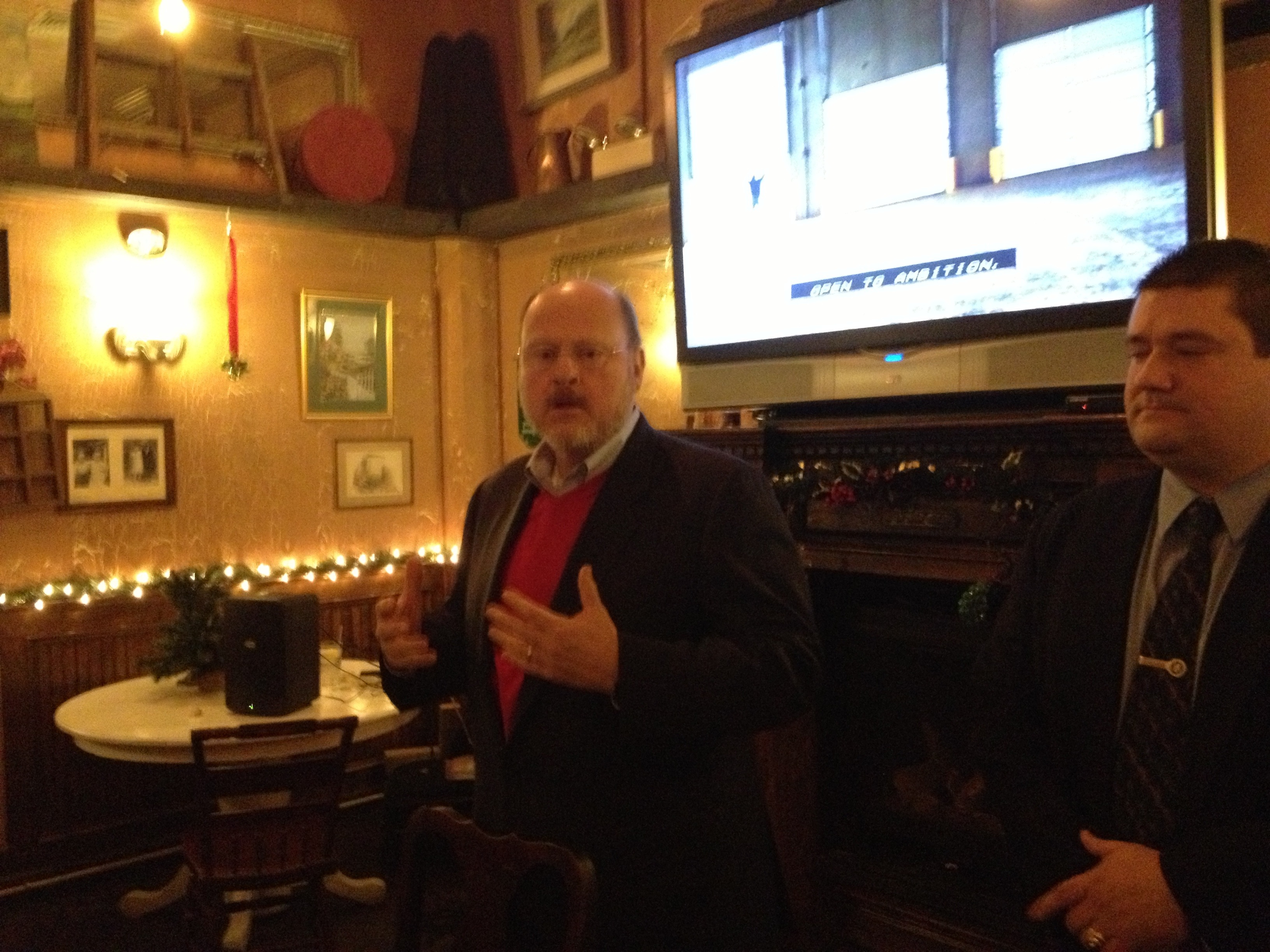 [VIDEO IN EXTENDED ARTICLE] In one of the first public political appearances since his loss to Bill de Blasio on November 5th, Joe Lhota vowed to remain active politically but will not start doing so before January 1st, giving mayor-elect de Blasio a grace period during transition time.

“I am going to stay active in our debate about the future and what is ahead of us. I am not going to stay quiet,” former Republican mayoral candidate Joe Lhota told the Brooklyn Young Republican club at their Annual Christmas/Chanukah party at the Ceol Irish Pub in Downtown Brooklyn, Sunday afternoon. He said he promised his wife that he would stay out of the newspapers between Election Day and the inauguration. “I’ve tried too,” he joked.

“But I will make it a point to make sure that as this City moves forward, if it goes in the wrong direction, you will hear from me and I will make the point known as to what I would have done had I been elected mayor,” Mr. Lhota said. “Be rest assured I will stay active, both in the Republican Party and the public debate here in New York City.”

Mr. Lhota also promised to support the Republican nominee for Governor in 2014, expressing his hope that the party will have a full statewide slate. “I feel very confident that all of the Democrats in Albany – at the statewide level – are vulnerable,” he said.

At the event, State Senator Marty Golden (R-Brooklyn) expressed his hope that Mr. Lhota would consider challenging Mayor de Blasio in 2017, “just like Rudy Giuliani did.”

“Don’t worry about it, this was just a Democratic year. Nothing you could do about it,” Mr. Golden responded to Mr. Lhota’s observation. “The left came out and the right stayed home, and we have to find a way to make sure that doesn’t happen again.”