German President Frank-Walter Steinmeier made a special visit on Monday to the Jewish center in Berlin, where 120 Jewish orphans from Odessa arrived on Sunday.

The president sat and talked with the children and Rav of Berlin HaRav Yehudah Teichtel for two hours, before delivering a speech.

“When the war was just beginning, Chabad immediately began rescuing people,” the president said. “I’m very excited to be here. When I stand here next to the children who were saved from the war, I also see the people who acted immediately – the people who mobilized to save people and help immediately. That’s a great thing.”

The president was asked why of all the refugee centers, he chose to visit the orphans from the Chabad orphanage and he replied: “I was looking for a place that serves as an example for rescuing people. Here are people who immediately after the outbreak of the war, went into action to save children. This moved me in a personal way.”

Chief Rabbi of Odessa HaRav Avraham Wolf and his wife Chaya, who run the orphanage, will soon reunite with the children after their stay in Moldova. 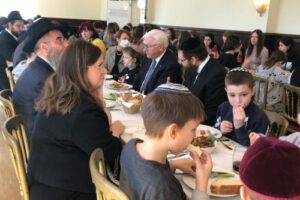 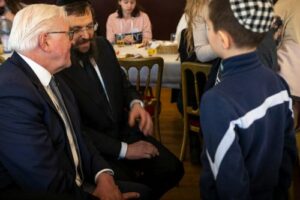 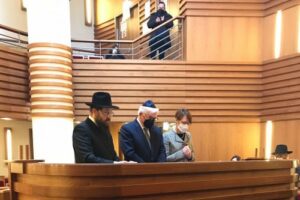 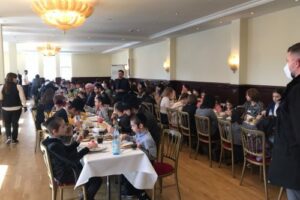